The final of Al-Ahly and Zamalek is getting more exciting ..... 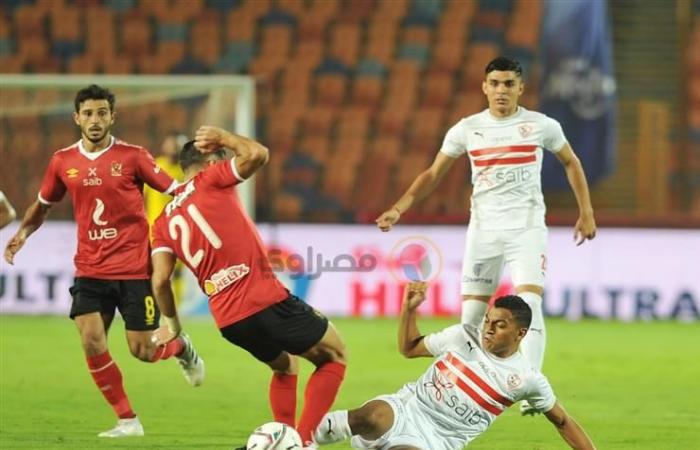 The summit of Al-Ahly and Zamalek in the final of the African Champions League increased excitement after confirming the establishment of the Club World Cup, as FIFA announced that the competition would be held from February 1 to 11, 2021 in Qatar.

The Club World Cup was scheduled to be held next December, but the tournament was postponed to February 2021, in light of the repercussions of the Corona pandemic crisis, while the continental competitions competitions will be concluded before the end of next January.

Egyptian football fans are awaiting the century’s final in the Champions League between Al-Ahly and Zamalek on the twenty-seventh of this November, as two teams from the same country will be brought together for the first time in the history of the continent.

The next edition of the Club World Cup 2021 will witness the participation of one of the Al-Ahly or Zamalek clubs, as the CAF Champions League champions qualify for the Clubs World Cup.

Zamalek was close to participating in the Club World Cup in 2001 as the first Egyptian team to gain this honor as the Cup Winners’ champion in 2000, but unfortunately for the white team, that version of the tournament was canceled.

Bayern Munich booked its seat in the 2021 Club World Cup, after the Bavarian team won the European Champions League for the 2019/2020 season by dropping French Paris Saint-Germain 1-0 in the final match in Lisbon.

Bayern compete in the FIFA Club World Cup, starting from the semi-finals, according to the tournament regulations, which avoided the European and South American champions from playing in the first round and the quarter-finals.

Bayern, the champion of the 2013 edition, is the second to qualify for the FIFA Club World Cup, as he joined Al-Duhail, who holds the Qatari League title for the 2019/2020 season.

Al-Duhail has officially guaranteed participation in the Club World Cup as a representative of the host country after the Qatari Al Sadd was excluded from the AFC Champions League, because FIFA’s regulations stipulate that two teams belonging to a single national association should not participate in this tournament.

Iranian club Persepolis had qualified for the final match of the AFC Champions League for West Asian teams, while the group matches of the East teams had not yet been held.

We expect to know the representative of Asia in the Clubs World Cup on December 19, when the final match of the competition will be held, and the East Asian group matches will be held in Qatar from November 18 to December 13.

The knowledge of the CONCACAF champion (North America), where the final will be held on December 22, 2020, the Copa Libertadores champion (South America) in the final held in January 2021, in addition to the champion of Oceania (Australia).

It is noteworthy that Qatar hosted the last edition of the tournament in December 2019 with the participation of seven clubs, and Liverpool, whose title is Egyptian star Mohamed Salah, was crowned.

These were the details of the news The final of Al-Ahly and Zamalek is getting more exciting ..... for this day. We hope that we have succeeded by giving you the full details and information. To follow all our news, you can subscribe to the alerts system or to one of our different systems to provide you with all that is new.