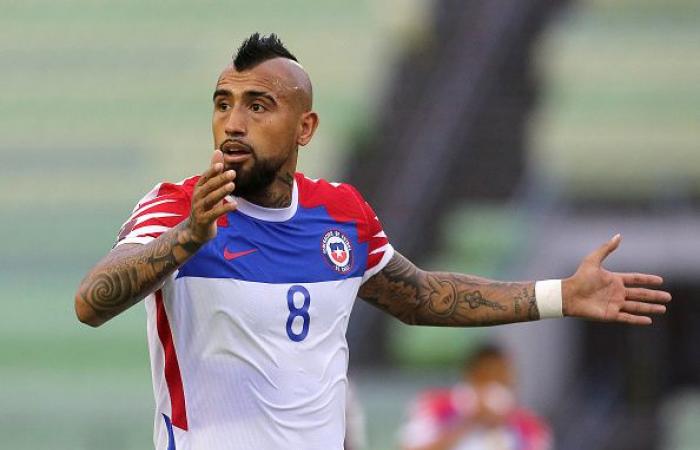 The fourth round of the South American home of the World Cup qualifiers will close tonight (Tuesday to Wednesday) with the focus of Brazil’s away game in Uruguay, but even before that, in the pair of early meetings we got real surprises. The humble Ecuador did not feel sorry for Colombia, in front of which they achieved a 1: 6 unilateral. At the same time Venezuela scored first points thanks to 1: 2 against Chile.

After two victories over Uruguay and Bolivia, Ecuador did not even stop against Colombia with one of its most impressive results ever. The host scored first in the seventh minute after a stationary ball met the head of Moises Keisado who delivered a shot to Robert Arbolda and the latter finished with a beautiful half-height kick, less than two minutes passed and Angel Mana doubled after a beautiful burst. Ecuador waited until the 32nd minute to score the third. The second goal scorer was on the cook standard when he passed a wonderful wide ball to Michael Estrada who finished close.

Seven minutes later it was already 0: 4. This time a high ball came to Robert Arbolda who lowered his head to Shavier Araga who did not need much to subdue Camilo Vargas once again. Before the half whistle Hamas Rodriguez scored a shrinking goal from the penalty spot and Ecuador punished in the 78th minute when Gonzalo Plata scored a wonderful goal for the connection and was sent off immediately afterwards in a second yellow after taking his shirt off. In added time Arbolada closed the story with and gave Ecuador 1: 6, over Colombia counting a second straight loss.

This may be a less impressive result than Ecuador’s, but it’s perhaps even more surprising. Venezuela, considered one of the two weakest teams at home, finally scored first points after four rounds and did so with a lot of character. Venezuela scored first in the ninth minute – a free kick by Yingle Herrera hit Luis Mago who struck hard.

Chile equalized six minutes later from the feet of Arturo Vidal who scored his fourth goal of the campaign thanks to a good off-field entry and a touchdown finish, but the last word belonged to a guest who regained the lead in the 81st minute after a beautiful Salomon Rondon goal from Yiferson Sotaldo. Until the final whistle.

These were the details of the news Ecuador vs. Colombia 1: 6, game summary for this day. We hope that we have succeeded by giving you the full details and information. To follow all our news, you can subscribe to the alerts system or to one of our different systems to provide you with all that is new.