Egypt and Togo match without a referee var 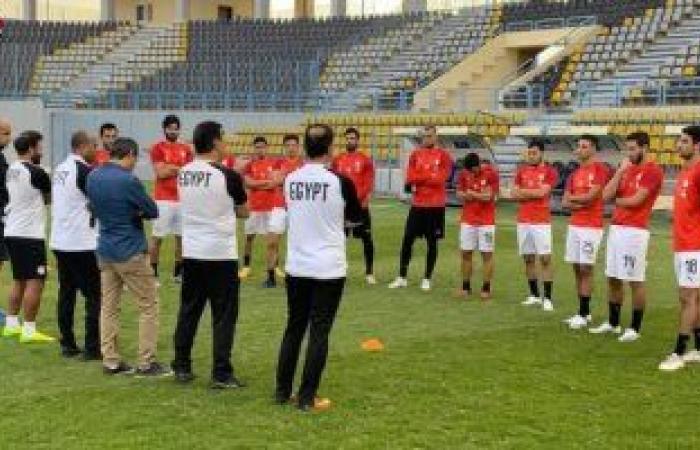 The Egyptian national team match against Togo will be held at 9 pm today, Saturday, at Cairo Stadium in the third round of the 2022 African Nations Cup qualifiers, without referees. where And after the Confederation of African Football (CAF) announced the existence of video referee technology where In the final rounds of the African Championships.

Web site Egypt national team, The record holder in the number of wins in the African nations with seven titles, for his first victory in the group after tying with Kenya and Comoros in the first two rounds, to occupy third place in the Group Seven standings.

Hossam Al-Badri, the coach of the national team, has played 4 games with the Pharaohs since he took charge on September 19, 2019, after the dismissal of the former Mexican coach Javier Aguirre, including two friendly matches before the start of the qualifying campaign, during which he did not achieve any victory for nearly 422 days, equivalent to one year, one month and three weeks And five days.

Despite the unexpected start of Egypt’s first team, led by Hossam El-Badry, in the qualifiers for the 2021 African Nations Championship in Cameroon, and a draw against Kenya and Comoros, the chances of the Pharaohs are very strong to qualify, especially as the two teams rise to the first and second places of each group, which facilitates the task of the Pharaohs.

Comoros is at the top of Group G with 4 points, Kenya is in second place with two points, Egypt is in third place with the same score, and Togo is in fourth and last place with one point..

We monitor Al-Badri’s account statement with the Pharaohs since he assumed the technical responsibility of the team ..

Hossam Al-Badri, the coach’s first encounter with the Pharaohs, was against the Botswana national team, and he won with a goal without a response.

The confrontation with Liberia was the second match between Hossam El-Badry and the Pharaohs, and the second friendly, and he also achieved a 1-0 victory.

Hossam Al-Badri opened his first official match against the Kenya national team, which was held at the Burj Al Arab Stadium in Alexandria last Thursday, and ended in a positive tie with a goal for each team, in the first round matches of the African Qualifiers.

Hossam Al-Badri played his second official match with the national team, against the Comoros, which was held last November at the latter’s stadium in the second round of the African qualifiers and ended in a goalless draw..

In 2013, the Egyptian Football Association announced that Hossam El-Badry would assume the position of technical director of the Egyptian Olympic team in preparation for the 2016 Rio de Janeiro Olympics qualifiers, and Al-Badri led the Olympic team to qualify for the 2015 U-23 African Nations Cup, which qualifies the teams with the first three places for the Olympics But, the national team left the tournament in its first round, and in 2019 Hossam Al-Badri took charge of coaching the first Egyptian national team.

These were the details of the news Egypt and Togo match without a referee var for this day. We hope that we have succeeded by giving you the full details and information. To follow all our news, you can subscribe to the alerts system or to one of our different systems to provide you with all that is new.