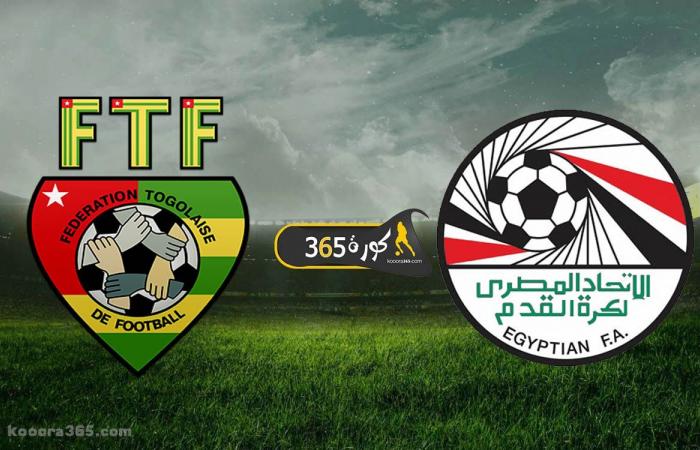 All eyes are on Cairo International Stadium, which is hosting a strong match between Egypt and its counterpart Togo, this evening, Saturday 14 November 2020, for the third round of the seventh group of African Nations qualifiers for the African Nations Cup, which will be held in Cameroon 2021.

The Kora 365 website provides its followers with a link to watch the Egypt match against Togo broadcast live today, which is scheduled to start at 10:45 pm Mecca time, i.e. ten oclock in the local time, and will be broadcast on the air exclusively on the beIN Sport 7 HD screen with an audio performance by the commentator Ali Muhammad Ali.

The Egyptian national team ranks third on the Group G ranking table with two points, while Togo is in fourth and last place with one point.

The Pharaohs team ended its preparations for this meeting with all strength and high focus, in order to erase the faded image in which the first two meetings appeared, and to try to appear in a different way and in a new dress, hoping to achieve victory and collect more points that would bring it closer to second place and continue to compete on one of the two qualifying cards African Nations Cup.

Before today’s confrontation, coach Hossam El-Badry’s battalion received shocking and surprising news that the star of the Egyptian national team and Liverpool, Mohamed Salah, had been infected with the new Corona virus, which confused the accounts of the technical director of the Pharaohs, Al-Badri’s account, but Al-Badri identified the best alternative for Salah. (See details)

On the other hand, Togo enters the meeting in low spirits due to his position in the group, but he will try to get rid of frustration and bad spirits, work to erase the memory of past rounds and focus more on the meeting of the day for which he prepared with all strength, hoping to return from outside the home with his head held high.

These were the details of the news Live broadcast | Watch the Egypt-Togo match today 11/14 in... for this day. We hope that we have succeeded by giving you the full details and information. To follow all our news, you can subscribe to the alerts system or to one of our different systems to provide you with all that is new.