Report .. What did the world stars say about Mohamed Aboutrika? 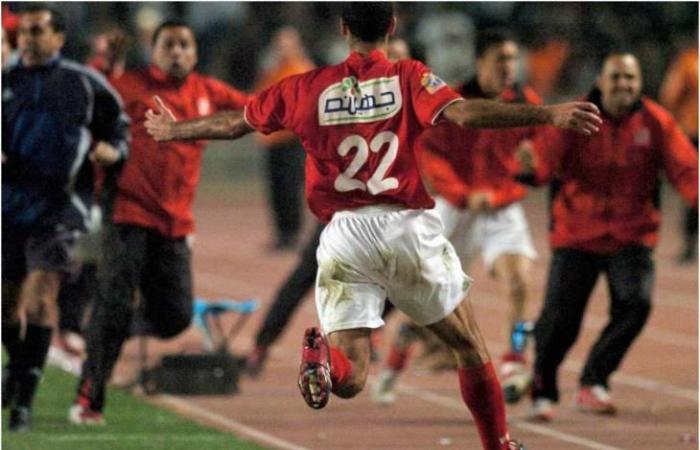 Today, November 7, 2020, one of the most prominent Egyptian football stars, Mohamed Aboutrika, the former Al-Ahly player, celebrates his 42nd birthday.

On his 42nd birthday, Yelakora monitors the most prominent things said about Abu Trika from football stars:

Didier Drogba, former Cote d’Ivoire and Chelsea star: “The most African legends that did not get their right”.

Xavi Hernandez, former Barcelona star and current coach of the Qatari dam: “Mohamed Aboutrika is a very special player. I think he is the best Arab player I have seen. I saw Aboutrika with the Egyptian national team in the 2009 FIFA Confederations Cup in South Africa, and he gave a great performance.”

Jose Mourinho, Technical Director of Tottenham Hotspur: “I met Abu Trika previously, and I saw him win the African Cup of Nations on the field, and I know his level well as a player. He is a skilled player and everyone knows what he achieved with the Egyptian national team and Al-Ahly club, and he could adapt to European football.”

Thierry Henry, former Arsenal and Barcelona star: “Egypt has achieved many successes, and the evidence for this is the presence of a distinguished player such as Abu Trika, because he represents the harvest of the success of Egyptian football.”

J-Ji Okocha, former Nigerian star: “Abu Trika is number one in Africa. Maybe he plays in Egypt while thousands of Africans play in Europe, but what he achieved deserves to be proud.”

Gennaro Gattuso, the current coach of Napoli, said: “The Egyptian Mohamed Abu Trika is the best Arab player. He is a skillful and excellent player.”

Mohamed Salah, Liverpool’s player: “As a youngster, I always tried to take advantage of Aboutrika.”

El-Hajji Diouf, the former Liverpool and Senegal national team player: “I dreamed of playing alongside Mohamed Abu Trika. He had special skills. I did not see any African player playing in the way Abu Trika used to deal with the ball. If he was Brasilia, he would be the best player in the world.”

Algerian football star Rabeh Majer: “Choosing the best Egyptian player in history is difficult. In the last decade, there is Mohamed Abu Trika.”

Wael Gomaa, the star of the Egyptian national team and former Al-Ahly club: “Aboutrika is an honest and committed person. I spent half of my life with him. He is one of the best personalities I have seen in my life.”

These were the details of the news Report .. What did the world stars say about Mohamed Aboutrika? for this day. We hope that we have succeeded by giving you the full details and information. To follow all our news, you can subscribe to the alerts system or to one of our different systems to provide you with all that is new.