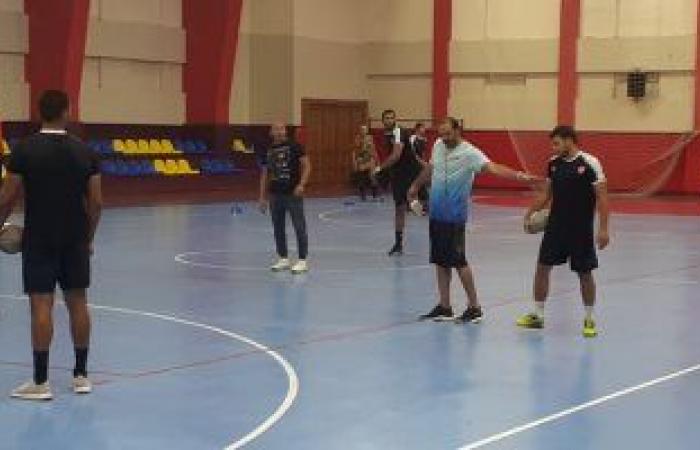 Hamada Abdel-Bari, managing director of the first handball team at Zamalek Club, confirmed that the club refuses to postpone the two matches to determine the champion of the league, which were scheduled to be held on the next Thursday and Friday, after the Al-Ahly club submitted a request to the Egyptian Handball Federation to postpone the two matches until the end of the first round of the league linked to Hajjah Equipping the juniors due to the lack of a number of players who contracted with other clubs.

Abdel Bari added in statements to the official website of Zamalek, that this matter is the same as what happens to Zamalek, but the club adheres to the implementation of the regulations that stipulate the completion of the tournament with the same laws, stressing that the club calls on the Egyptian Handball Federation to implement the schedule previously announced to conclude the tournament.

While the Zamalek club confirmed on its official website: “Zamalek refuses to postpone the last season’s league title matches scheduled for November 12 and 13, after Al-Ahly submitted a request to postpone the two matches, and Zamalek club affirms its adherence to the implementation of the regulations stipulating the completion of the tournament with the same laws and on schedule.”

Al-Ahly club sent a letter to the Egyptian Handball Federation regarding the club’s first team matches against Talaa El-Geish and Zamalek on November 12 and 13, in the last season 2019/2020 competitions, after the federation announced on its official website that these confrontations would be held in the old lists of teams.

Al-Ahly indicated in his speech that Al-Ittihad announced earlier that these remaining matches will be held in the lists registered for the current year, as well as not completing those matches before the start of the current season’s matches, which will lead to the team playing an incomplete list, after dispensing with a large number of players at the end of the season The previous season, stressing that if you insist on holding the remaining matches in the old list, please carry over these matches to the last round of the linked league championship for the current season 2020/2021, so that the technical staff can equip the players with my associated team born in 2000 and 2002 to complete the list of the first team.

The Handball Federation had decided not to complete last season’s matches at a time when the Al-Ahly club’s desire was explicit to complete the competition despite the team’s delay in arranging the points, which was confirmed by Jawhar Nabil, a member of the club’s board of directors, during the union’s meeting with club representatives, in support of efforts to return sports activity. And after the officials interfered with the decision to complete all sports competitions, the club concluded a number of deals and dispensed with a large number of players based on the announcement of the Union earlier to complete the season with the new lists, where the Tunisian team Iskandar bin Zayed and Youssef Maarif, Mahmoud Fayez, Ahmed Khairy and Mahmoud left Asim, while Omar Hajjaj and Hadi Hamido were gone.

And based on what was announced by the Hand Union, Al-Ahly will be forced to play decisive matches against the Vanguards of the Army and Zamalek without the new deals contracted with them, namely the Tunisian Osama Al-Jazeeri, Mohsen Ramadan, Omar Yassin, Mahmoud Numan, Ahmed Hisham “Sisa” and Omar Sami, at a time when there is no regulation that allows summoning The players who left the team to participate in these confrontations after their transfer to clubs in the Emirates, Romania, Tunisia and clubs inside Egypt.

The club’s request to postpone matches came in the event of insisting that they be held in the old lists, in light of full confidence in the abilities of the associated players and the need only for more time to equip them in an appropriate manner for the upcoming confrontations.

These were the details of the news Zamalek refuses to postpone the handball match for this day. We hope that we have succeeded by giving you the full details and information. To follow all our news, you can subscribe to the alerts system or to one of our different systems to provide you with all that is new.