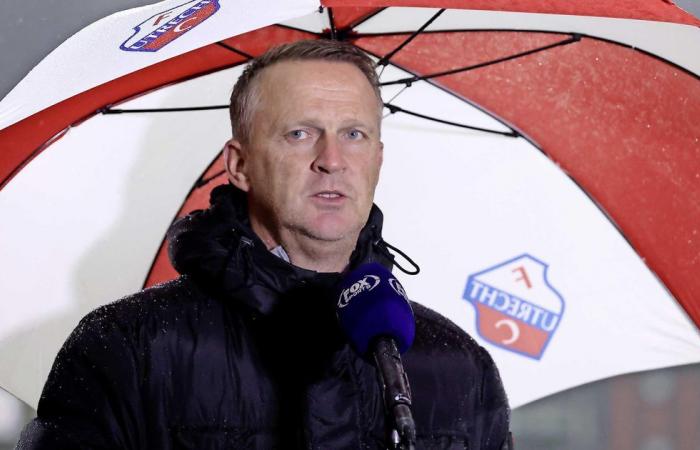 Van den Brom’s contract with FC Utrecht continued until mid-2022. For FC Utrecht, which sees its preparation for the always sensitive duel with Ajax this weekend disrupted, it is a difficult situation. With Van den Brom, the club wanted to narrow the gap towards the traditional top three and last summer a considerable quality impulse was given to the selection. The future picture is largely dependent on Van den Brom, who had been high on the wish list of club owner Frans van Seumeren and technical director Jordy Zuidam for years and was appointed as successor to Dick Advocaat last season.

On the other hand, FC Utrecht has gotten off to a moderate start this season and cannot yet convince. The 4-1 defeat against Heracles Almelo was a low point last Sunday. If FC Utrecht now keeps Van den Brom to his contract and it continues to be mediocre in sport, the club runs the chance that later in the season they will part ways, but without the financial bonus of a collected lump sum. And with the financial loss of severance pay.

The situation is somewhat reminiscent of that surrounding the departure of Van den Brom to Anderlecht in 2012. The previous summer he had come home to Vitesse, where he celebrated great successes as a player, as head coach, but after a season he could hear the call of the Belgian top club.

FC Utrecht was confronted with a head coach earlier in the middle of the season, who wanted to leave. In the middle of the 2017/2018 season, Ten Hag left for Ajax, after which assistant coach Jean-Paul de Jong was put forward. That was not a great success and in the course of the following season, Lawyer was appointed, who was successful as an intermediary and led the club to European football.

Under his successor Van den Brom, FC Utrecht has not yet come to terms with what the club wanted to achieve. In Europe, FC Utrecht was immediately eliminated by the unknown HSK Zrjinski and FC Utrecht subsequently dropped expensive points against teams such as RKC Waalwijk and VVV-Venlo, which meant that the club was next to European football, when the competition was stopped and canceled completely unexpectedly due to corona. FC Utrecht performed well in the KNVB cup and the final was reached at the expense of Ajax. FC Utrecht and Van den Brom had the bad luck that the KNVB decided not to let that final play anymore.

This season FC Utrecht has not been able to convince with two victories in the first six league matches and an eighth place in the rankings.

With a departure of Van den Brom, FC Utrecht would in any case be able to continue with the current staff in the short term. Assistant Dennis Haar has the highest trainer’s diploma and Rick Kruys is on the trainer course and could get dispensation to sit on the bench as head trainer.

These were the details of the news FC Utrecht sees John van den Brom leave for RC Genk... for this day. We hope that we have succeeded by giving you the full details and information. To follow all our news, you can subscribe to the alerts system or to one of our different systems to provide you with all that is new.