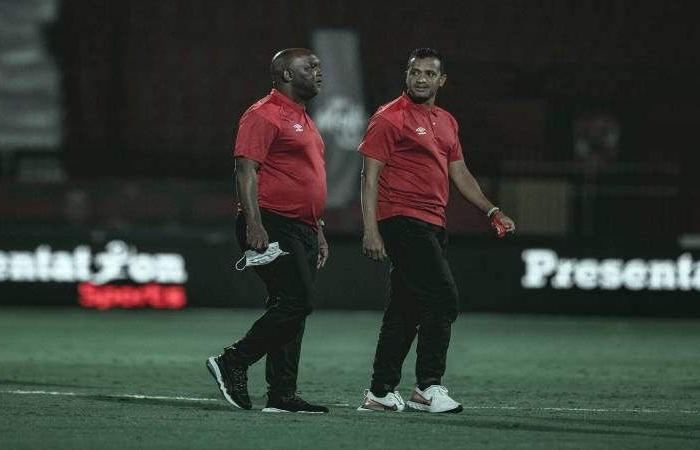 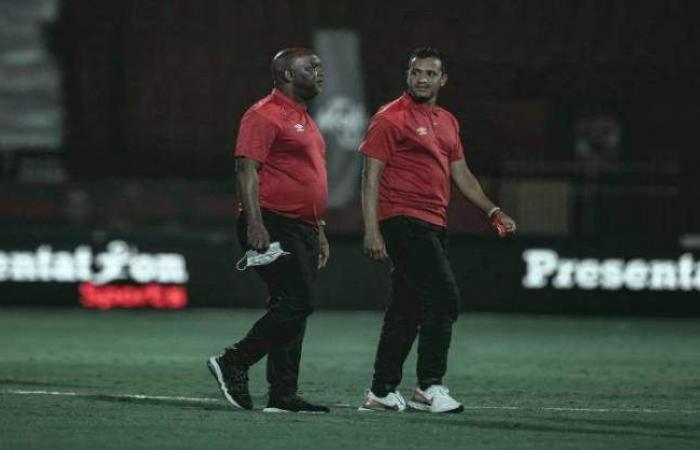 South African coach of Al-Ahly club Pitso Mosimane decided to grant foreigners the first football team in the Red Castle a leave of training in order to travel to their country after the Premier League title was decided.

And the first football team of Al-Ahly club received the league shield in the last match of the competition, after the match between Al-Talaa Al-Jaish team the day before yesterday.

The Tunisian national football team Aly Maaloul and Giraldo will join their national teams during the international break.

The rest of Al-Ahly’s foreigners, Aliu Badji, Aliou Diang and Junior Ajay, will also take a multi-day vacation to visit their families after the local team’s players get a break from training for the time being.

The South African coach decided to grant Al-Ahly foreigners a leave of absence, to return to training next Monday after Musimani warned the players of any delay.

Pitso Mosimane wants to equip all players of the first football team at the Red Castle in order to prepare early for the African Champions League final.

Al-Ahly will play the final of the African Champions League, on the 27th of this month, against the winner of the Egyptian match against Zamalek and Moroccan Raja.

These were the details of the news Al-Ahly foreigners are in comfort by order of Musimane for this day. We hope that we have succeeded by giving you the full details and information. To follow all our news, you can subscribe to the alerts system or to one of our different systems to provide you with all that is new.