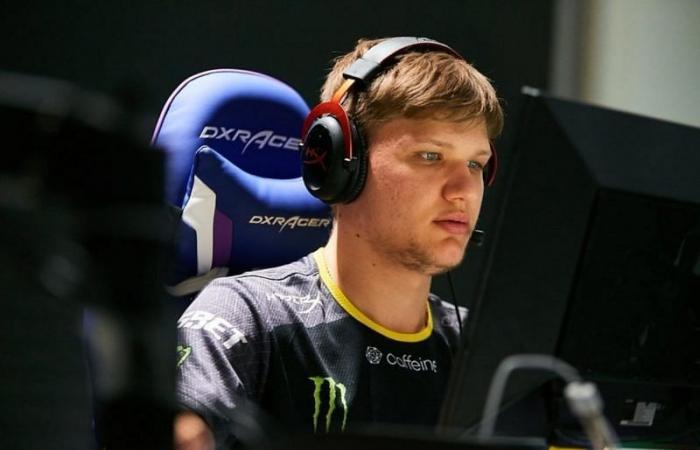 Oleksandr Kostyliev, better known as “S1mple”, is widely recognized as one of the best CS: GO players of all time. He currently plays for the Ukrainian esports organization Natus Vincere, which he joined in 2016. However, there has been a lot of controversy in his career as a Twitch streamer.

Since July 2019, S1mple had received a total of three temporary bans from Twitch. Now that number has risen to four, and the streamer has posted on Twitter explaining the reason for the recent ban. It turns out that three out of four bans were issued for exactly the same reason.

CS: Go Streamer ‘S1mple’ is banned for the 4th time in a year for saying the word “P”

The ‘p’ word in question is a Russian slang term that is widely considered to be extremely offensive to homosexuals. The term has historically been used as an insult to homosexual men and is still used in certain parts of the world. The streamer ‘S1mple’ was caught several times with the slang in front of the camera.

Since July 2019 he has been banned four times, three of which came because he had used the word “p” in front of the camera. In contrast to the previous cases, this time S1mple only criticized one viewer for using the word. The streamer posted the following statement on Twitter on October 31st.

As you can see, S1imple was banned for “aggression” against a venomous fan who knew he had previously been banned from using the word. While condemning the person, he used the word himself, which in turn led to Twitch making the decision to temporarily ban him again.

The incident was covered by Jake Lucky in an “Esports Talk” video, in which he speculated that a four-time ban could be a record in itself in nearly a year. Twitch has a policy of permanently banning streamers who receive more than two suspensions within a certain period of time.

Given that S1mple had a total of more than 1.84 million followers on Twitch, its fans are hoping that no such permanent action will be taken against the streamer in the future.

These were the details of the news CS: GO-Star ‘S1mple’ is banned for the 4th time in a... for this day. We hope that we have succeeded by giving you the full details and information. To follow all our news, you can subscribe to the alerts system or to one of our different systems to provide you with all that is new.