How many horses have died, fatalities, injuries, protests, #NupToTheCup 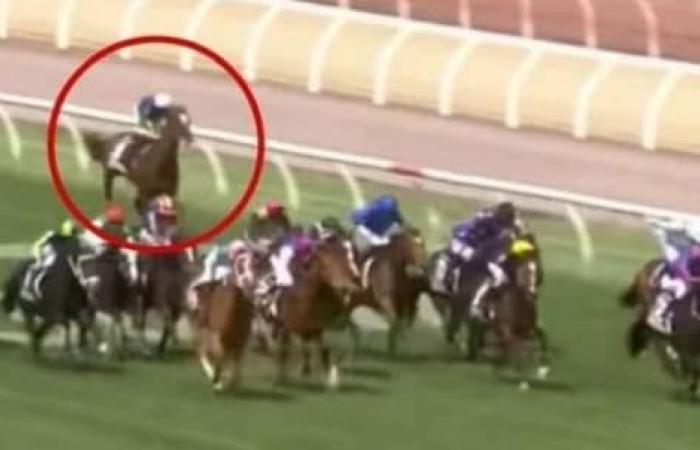 Tomorrow there will be an eerie silence in Flemington for the Melbourne Cup where the crowd will be banned due to Covid restrictions.

However, it’s not just the pandemic that threatens to dampen the biggest day on the racing calendar.

Protests against horse races, triggered by the death of six horses on Cup day since 2013, are expected again on Australia’s biggest racing day.

There were no deaths in the past year, although all eyes were fixed on a horse named Rostropovich, which lagged far behind the rest of the pack.

It was later confirmed that he had suffered a stress fracture in the pelvis, and many feared the worst after a serious fatality in recent years.

Fortunately, Rostropovich made a full recovery.

Even so, animal welfare group PETA struck after the injury, saying the incident was indicative of the cruelty horses suffer in racing.

“Rostropovich is the latest in a long line of horses seriously injured or killed during the shame that holds the nation back – the Melbourne Cup,” the PETA statement said.

“The reality of the abusive racing industry is that horses have to run to the detriment of their health. These 500-pound animals – propped up on ankles as small as humans’ – are pushed to their limits and forced to run at breakneck speed while being whipped. ”

Rostropovich’s assistant trainer Tom Dabernig told Racing.com that he was unaware of the impending backlash when his horse pulled up last year with his first thoughts of instant comforting the horse.

However, there was a big reaction on social media, with the hashtag #NupToTheCup quickly becoming trending.

Two years ago, the trophy was shaken by the death of Cliffsofmoher, who was euthanized in front of the crowd after the horse broke his shoulder

This followed these deaths in races at the Melbourne Cup:

In 2013, Verema was put to sleep after tearing a bone in her leg.

In 2014, Admire Rakti collapsed and died after racing in his stable. Araldo broke his leg and was put to sleep.

In 2015, Red Cadeaux broke his left front leg, was taken to the vet for surgery, and was euthanized a few days later.

In 2016, Regal Monarch died after a dramatic fall in the middle of the race.

Despite the death, Melbourne Cup day remains one of the biggest events in Australia.

It remains to be seen how the pandemic will affect the popularity of the event, but tomorrow many more eyes will look closely – in the hope of zero deaths.

These were the details of the news How many horses have died, fatalities, injuries, protests, #NupToTheCup for this day. We hope that we have succeeded by giving you the full details and information. To follow all our news, you can subscribe to the alerts system or to one of our different systems to provide you with all that is new.