The Terrifying Truth of the Magglingen Protocols 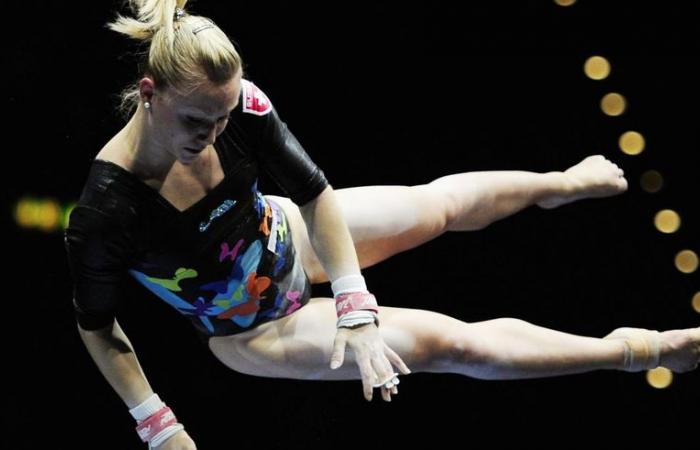 Ariella Kaeslin is one of eight athletes who describes their terrible experiences. Bild: AP

The Terrifying Truth of the Magglingen Protocols: How Gymnasts Are Broken

In the Magglingen Protocols, former top gymnasts describe how they were humiliated. The current national coach Fabien Martin is also accused.

«Magglingen changes you. I didn’t have any more feelings. I didn’t feel anything from the head down. I had to learn again to understand that I am hungry. Or that I have to stop if something hurts. ” Lisa Rusconi remembers her time at the national performance center in Magglingen with horror.

The “Magglingen Protocols” in the “Magazin” show how bad the climate is at the Swiss Gymnastics Federation (STV). Eight former top gymnasts in the disciplines of artistic and rhythmic gymnastics report serious misconduct, physical and verbal abuse. From scare tactics, depression and eating disorders.

The fact that there is a lot going on at the STV when it comes to dealing with female athletes was discussed for the first time in this newspaper in December 2019. Even in the case of an allegedly sexually abused gymnast at the regional performance center in Eastern Switzerland, the STV has not done a good figure since mid-2019, as research by CH Media shows.

This summer, former athletes commented on “Blick”, “Le Temps”, “NZZ am Sonntag” and on RTS television in western Switzerland. In the “magazine” the athletes now describe how they were humiliated.

Gymnasts have to remain children

The issue is also a systematic problem. Artistic gymnastics and rhythmic gymnastics are children’s sports. Unlike most sports, female athletes are not at their best when they are adults. They are most agile when their bodies resemble that of a girl.

Over-ambitious coaches urge athletes to starve so that their bodies don’t change during puberty. The athletes eat half a yoghurt in the evening and a few leaves of salad at lunchtime. Lisa Rusconi says: “It happened that I passed out during training. I fell down, fell over. We were rarely allowed to have a drink during training. In the evening I came to the host family with white, parched lips. “

For success in top sport, athletes always have to subordinate a lot. In the case of gymnasts this was exaggerated. Marine Périchon relates:

“At the training camp I no longer knew whether it was day or night, we were kept in the hall that long. Over time, I lost touch with my body. I didn’t feel him anymore, didn’t feel myself. I became a robot that felt no pain. We weren’t allowed to eat or drink anything. When I collapsed from exhaustion, Vesela (Vesela Dimitrova, national trainer in rhythmic gymnastics until 2013) pointed to an empty plastic bag: “Look, Marine, that’s you. You are nothing.” I believed her. I was so exhausted that I thought: Yes, she is right. This is me. I am nothing. Then she tore the sack in two. “

The uncommon manners in Magglingen seem to have been a reality not only in the past, allegations have also been made about current decision-makers. Lynn Genhart and Fabienne Studer criticize the current national gymnastics coach Fabien Martin, whose contract was recently extended to 2024 by the STV.

According to Studer, Martin threatened her with being kicked out from the start. This is part of the fear culture that prevails in Magglingen. And Genhart said: “Fabien had different strategies to finish us off.” One of them was comments on eating behavior and body weight.

In the summer, the STV dismissed the national gymnastics coach Iliana Dineva due to public pressure. In addition, the top sports director Felix Stingelin was suspended until further notice. The association ordered an external investigation. Meanwhile, he does not comment publicly on this. Swiss Olympic and the Federal Office of Sport are shifting responsibility to the STV.

What must happen now for something to happen? The STV must deal with this question in detail and fundamentally after this next public outcry at the latest.

After the abuse, the athletes suffered from anxiety disorders, eating disorders, depression and post-traumatic stress disorders. Ariella Kaeslin says: “As a gymnast you think: If I kill myself, not only will it be all over at last, you also think: That way I can wipe out the coach.” (aargauerzeitung.ch)

US gymnasts doctor sentenced to 175 years in prison

Because there is a lack of staff: Spital Sion has to refuse Covid patients intensive care

Full intensive care units – so who should get a bed? Doctors, retirement homes and patients are puzzled over the best solution. Many elderly people do the triage themselves and die in the home.

It is one of the most difficult questions ever. “Nobody wants to have to decide something like that,” says Professor Tanja Krones. We’re talking about triage. From the moment when there is no longer enough space and staff for all patients in need of treatment.

As a report by the NZZ am Sonntag from the Wallis Hospital in Sion shows, this is already a reality. On Friday, doctors had to refuse an 80-year-old patient with severe Covid symptoms a bed in the intensive care unit. …

These were the details of the news The Terrifying Truth of the Magglingen Protocols for this day. We hope that we have succeeded by giving you the full details and information. To follow all our news, you can subscribe to the alerts system or to one of our different systems to provide you with all that is new.