FilGoal | News | Ronaldo is back and Juventus... 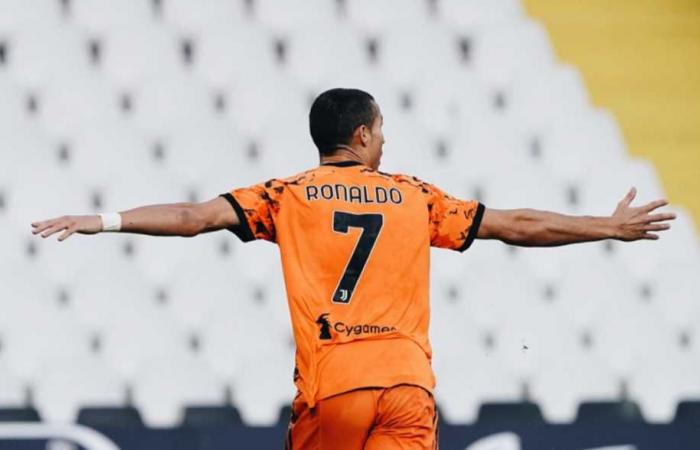 Cristiano Ronaldo returned to participate, so Juventus returned to the victories absent locally since his infection with the Corona virus.

Juventus defeated Spezia Calcio 4-1 at the Alberto Pique Stadium in the sixth round of the Italian League.

The victory raised Juventus’ balance to the 12th point, temporarily rising to second place, while Spezias balance stuck at 5 points in 16th place.

Juventus without Ronaldo only won over Napolia, due to the lack of Napoli coming to the match stadium, and Dynamo Kiev in the Champions League, while it lost to Barcelona and tied with Crotons and Hellas Verona.

Andrea Pirlo kept Cristiano Ronaldo on the bench, while Alvaro Morata and Paolo Dybala pushed in the attack.

Alvaro Morata led Juventus in the 15th minute. Winston McKinney sent a wonderful through pass behind the defenders of Cuadrado inside the penalty area.

Federico Chiesa was alone in the 17th minute, but he fired next to the post.

Morata practiced his dobby of falling offside in the 24th minute. Score a goal and canceled the offside, To be his fourth canceled goal in a week due to offside, and his sixth in the last 4 matches.

The homeowners equalized in the 32nd minute. Bartolome launched the ball on the right side and then passed the ball to Bobega, which is free of control at the boundaries of the penalty area, and the latter hit the ball, which hit the feet of the defenders and covered Gianluigi Buffon and then settled the net.

The beginning of the second half was quiet, and here Pirlo realized that the solution lay in what was sitting next to him.

Cristiano Ronaldo participated as a substitute in the 57th minute, instead of Paulo Dybala.

In the 59th minute, Ronaldo received the ball at the edge of the penalty area from Morata. He dodged the goalkeeper and scored the second easily.

Pirlo pushed Aaron Ramsey and Adrian Rabio in the 63rd minute instead of Rodrigo Bentancur and Weston McKinney.

In the 68th minute, Rabiot scored a third goal. A long line from Chiesa, which Rabiot received, dodged the defender and scored easily in the net.

Chiesa gets a penalty kick in the 75th minute. So Ronaldo was on time again.

Cristiano Ronaldo successfully kicked the penalty and added the fourth in “Panenka” way.

Gianluca Frabuta and Diane Kluchowski participated in the 78th minute instead of Leonardo Bonucci and Juan Cuadrado, to end the match with Juventus winning 4-0.

These were the details of the news FilGoal | News | Ronaldo is back and Juventus... for this day. We hope that we have succeeded by giving you the full details and information. To follow all our news, you can subscribe to the alerts system or to one of our different systems to provide you with all that is new.