Real Madrid News: A powerful blow to Zidane’s head before the... 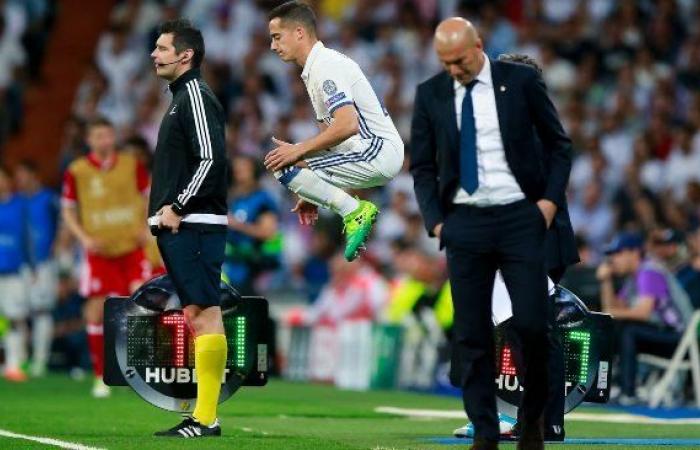 Sport 360 – French coach Zinedine Zidane, coach of the team received Real MadridA powerful blow to the head before the next match against Inter Milan.

The Real Nerazzurri will be hosted by Alfredo Di Stefano next Tuesday in a meeting for the third round of the group stage matches of the Champions League competition.

And according to Spanish press reports, this evening, Saturday, that the Spaniard Lucas Vasquez participated in a match Real And Inter appear to be in doubt.

And the Spanish media, Arancha Rodriguez, explained that Vazquez may not play against the Italian contingent, Antonio Conte, while the French coach Zinedine Zidane, the coach, suffers. For the Merengue, From losing two players at the right-back.

Real lose the services of Dani Carvajal, Alvaro Odriozola, and Nacho Fernandez due to injury, which may mean Zidane’s direction to push Ferlan Mendy as a starting point in the right-back position against Inter.

Mendy actually participated as a right-back in Real Madrid’s 4-0 victory over the Huesca team in the Spanish League competitions.


These were the details of the news Real Madrid News: A powerful blow to Zidane’s head before the... for this day. We hope that we have succeeded by giving you the full details and information. To follow all our news, you can subscribe to the alerts system or to one of our different systems to provide you with all that is new.