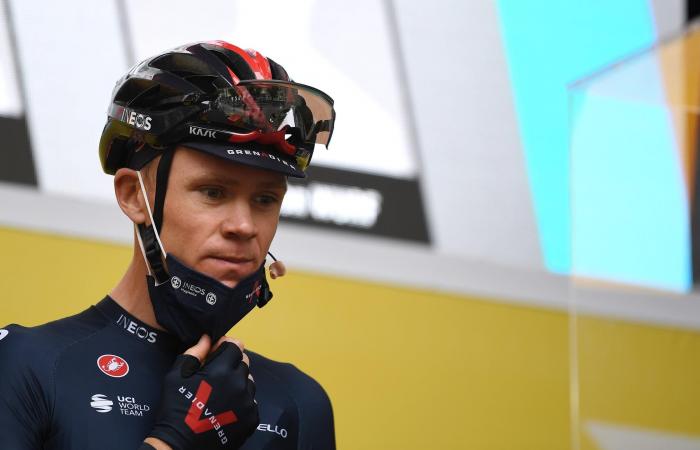 A call by the cycling union at the Vuelta was rejected by the UCI after a protest delayed the start of the 11th stage on Saturday.

The drivers, led by Ineos and Chris Froome, appealed against the rule change that was made retrospectively after the 10th stage on Friday due to time gaps in which the leadership of the race changed hands and some drivers lost seconds in the overall standings.

Vuelta Stage 11 highlights – protests, mountains and runaways on a day when anything was possible

The root of the complaints from the drivers lies in the fact that the time gaps allocated on the stage were judged according to different criteria than originally proposed by the organizers.

The teams had been told that Stage 10 should be handled using the mass sprint stage protocol. On such a stage, groups of drivers are only considered separate if there is a gap of more than three seconds between the last driver in the first group and the first driver in the second group. When the gaps between the groups are smaller, all drivers get the same time. In a phase without the mass sprint protocol, this required gap is reduced to one second instead of three.

The judgment was introduced to increase the number of sprints and allow the participants and support riders of the general classification to fall behind easily and eliminate the risk of falls. And on Friday the teams were informed that the stage at the finish would be driven with the three-second rule.

However, after Primoz Roglic’s victory, race organizers implemented a one-second gap rule, which meant a number of drivers lost more time – Richard Carapaz lost three seconds and Hugh Carthy, for example, lost ten. And the protesting drivers say the race would have been driven differently if the organizers of the race had made this decision at the beginning and not afterwards.

Michael Woods – ‘The UCI made a mistake, you can’t change the time gap rules on a whim’

However, just before the end of Phase 11, the UCI confirmed that the ranking would remain unchanged and released a statement stating:

“The 10th stage of the Vuelta was originally identified by the organization as likely ending in a mass sprint.

Given the actual gradient profile of the final kilometer and the fact that there was no sprint goal, provision 5 of the applicable protocol was applied after the race, which allowed the commissioners team to interpret situations as needed and to implement exceptions.

“The calculation of the time gap was therefore kept at the standard value of 1 second. The ranking of the levels and the general classification is retained. ”

“You could say the Incredible Hulk!” – Check out Roglic’s brilliant Phase 10 win

“It was a mistake by the UCI and the commissioners,” said EF Pro Cycling’s Michael Woods as the riders delayed the start of the stage on Saturday.

I don’t think that’s fair, I don’t think you can just change the rules on a whim. Because that changes how we would have driven.

“Obviously, Hugh (Carthy) would have crossed the finish line more aggressively and tried to get further into position just so he wouldn’t have to make up for those time gaps. His support would have made it harder to fill a void. ”If you change the rules like that, how you would have driven also changes.

“We spoke with the CPA about raising a protest. I think everyone is on board, including Jumbo Visma, although they wouldn’t benefit from that decision. ”

“It’s such a close GC fight and you see Primoz Roglic and Richard Carapaz driving, and even like Hugh driving next to me and Dan Martin, it’s really close. I think you will see tight time gaps. So three seconds, ten seconds, that is sure to make a difference. ”

George Bennett – ‘Jumbo-Visma supports GC protest, even if it means we lose the red jersey’

Jumbo Visma was the team that had the most to lose from a successful appeal. However, Roglic’s teammate George Bennett said the team supports the principle of protest.

“We support the appeal that it should have been a three-second rule,” he said. “That shouldn’t change much, but it has almost changed who is responsible in the race. It is strange.

“I don’t think too much about it, I have a radio and I’m told what to do. I just have to be there for the stage. Ultimately, my job doesn’t change much either. ”I have to be there with Primoz for the final ascent.

“We agree that you should stick to the rules that you said because even people like Hugh Carthy lost ten seconds and he was only a second away from my group.”

Will the Groupama FDJ paper stage win over cracks in French team?

These were the details of the news La Vuelta 2020 – UCI rejects appeal against Froome and Ineos... for this day. We hope that we have succeeded by giving you the full details and information. To follow all our news, you can subscribe to the alerts system or to one of our different systems to provide you with all that is new.