FC Barcelona | Ronald Koeman reacts to another setback in... 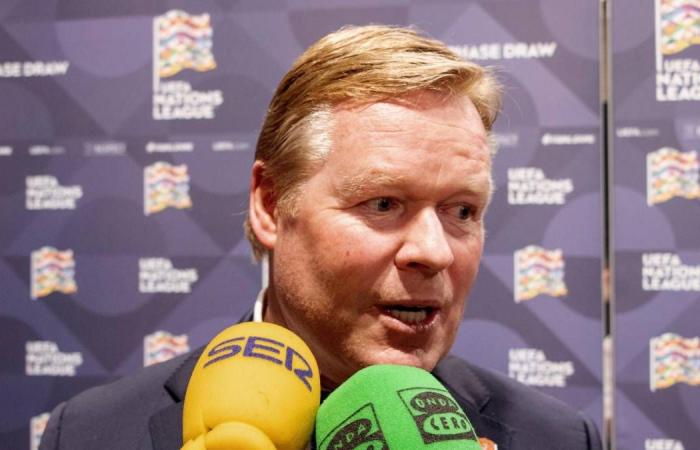 FC Barcelona does not finish taking off in the League. After a promising start against Villarreal and Celta de Vigo, the Catalans have only added two of the last 12 points that have been at stake in the First Division. All this after drawing against Sevilla at the Camp Nou, together with the defeats in Getafe and in the “Clásico” in Barcelona. After the tables signed with Deportivo Alavés in Vitoria, Ronald Koeman has analyzed said stake, some statements collected by colleagues from the newspaper Brand and of As.

Lack of aim: “I am concerned about the performance up front. It is not a matter of attitude or concentration, but it is a question of having more success in front of goal. It happened to us against Juventus and today too. In addition, we have given the goal to the Alavés. But if we create so many chances we can’t fail so much. If you create chances and only score one, it’s not good.

Ansu Fati: “One day you criticize me for changing late and now at halftime I have already changed. Fati has had his opportunities. He was looking to change things.”

Bad dynamics in League: “Of course I am concerned that we have only added two points in the last four days. The game has been very acceptable. I would be more worried if we did not create opportunities.”

Greater depth: “Sometimes we look too much for the last pass. We have shot several times, but there was always one leg in front.

These were the details of the news FC Barcelona | Ronald Koeman reacts to another setback in... for this day. We hope that we have succeeded by giving you the full details and information. To follow all our news, you can subscribe to the alerts system or to one of our different systems to provide you with all that is new.