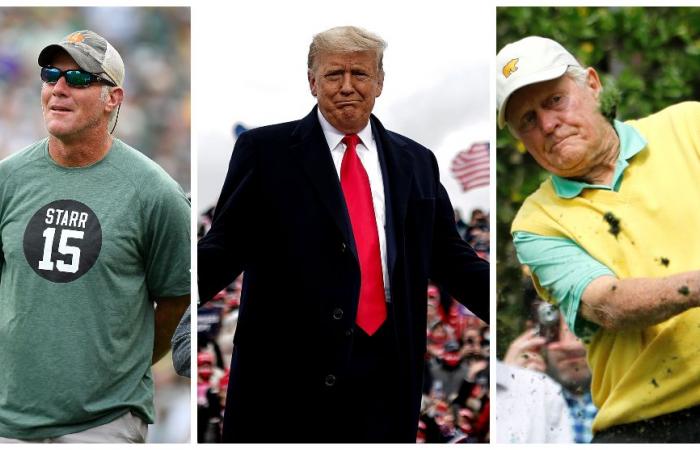 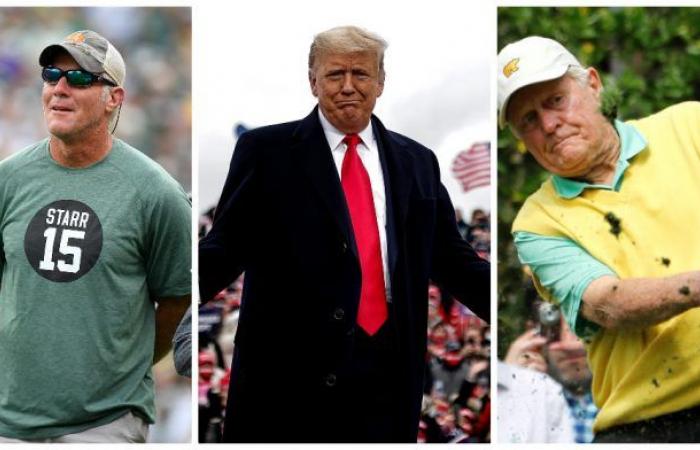 Ehe sports world is rarely in favor of Donald Trump. Countless cases: LeBron James, Colin Kaepernick, Megan Rapinoe and so many American athletes who disagree with the president of the United States, so the public support of two historic players caused a stir.

Brett Favre, one of the best quarterbacks in NFL history, and Jack Nicklaus, the top Majors winner in golf, revealed in recent days that they voted for Trump in the presidential election.

Both Nicklaus and Favre were trending on social media for their vote, which caused multiple users to criticize this support for the Republican candidate.

“My vote is for what makes this country great, freedom of speech and religion, the second amendment, citizens who work hard and pay their taxes, the police and the military. In this election, we have freedom to choose, something that we should all respect. For me and those principles, my vote is for @RealDonaldTrump “, Favre posted on Twitter on Friday.

Through the years I have been blessed to meet several presidents of both parties. They were all great people. Everyone loved their country and everyone believed in the American dream.

I have had the privilege for the last three years to know a little more about our current president and the step of its management. I have been disappointed in all that he has had to endure in all directions, but with that, I have seen his determination to do the right thing for the country.. He has kept his promises. Work for the average citizen. In my opinion, he has been more diverse than any other president I have ever seen and has tried to help all people, equally.

I’m just a guy from Ohio and from a middle-class family in the Midwest, whose grandparents worked on the trains. They gave their son, my father, the opportunity to educate himself and have his American Dream. They taught me family values ​​and to work for my dreams, my own American dream. I believe that Donald Trump’s policies will give that American Dream to many families who continue to seek it across the country.

You may not like some of the things the president says or tweets, and believe me, I have told him, but I have learned to let that go and focus on what he is trying to accomplish. It is not a personality contest, it is about patriotism, politics and the people that impact. His love for the country and its citizens, putting the country as a priority, has been very clear. The way you say it is not important to me. What is important is your actions. And now, you have the opportunity to take action.

I know we are just a few days away from November 3 and the election, but I’m sure many have not decided who they vote for.r. If you want the opportunity to continue to pursue the American Dream and not become a socialist America and have the government dictate your whole life, I ask that you consider Donald J. Trump for the next 4 years. I certainly have and I already voted for him!

*The article has been translated based on the content of Source link by https://us.marca.com/claro/mas-trending/2020/10/30/5f9c5a1946163f320e8b45e3.html
. If there is any problem regarding the content, copyright, please leave a report below the article. We will try to process as quickly as possible to protect the rights of the author. Thank you very much!

These were the details of the news USA 2020 elections: Brett Favre and Jack Nicklaus cause a stir... for this day. We hope that we have succeeded by giving you the full details and information. To follow all our news, you can subscribe to the alerts system or to one of our different systems to provide you with all that is new.