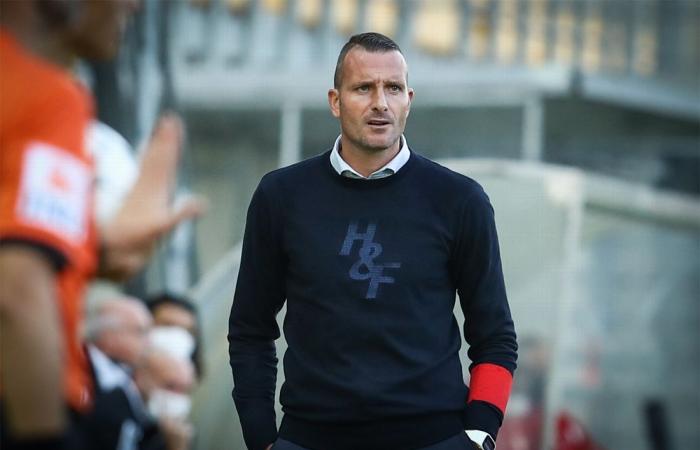 The East Flemish derby between Waasland-Beveren and AA Ghent can certainly continue on Sunday evening. A final round of testing at the Wase fusion club revealed only one positive corona case. That became known on Friday evening.

At the press conference on Friday afternoon, it was still far from clear whether the game could take place at all. The Waaslanders had previously had their matches against KV Oostende and Charleroi postponed, but reported on their website last week that they saw a downward trend in the number of corona infections. And that trend was confirmed Friday night.

In order for Sunday night’s game against AA Gent to continue, the club had to see its number of infected first-team players drop to less than seven. On Friday afternoon, however, Waasland-Beveren had not yet received the latest test results. “We are still waiting,” said trainer Nicky Hayen this afternoon. “We do not yet know whether six boys tested positive or negative. It may take a while until we have the results, which makes our situation not that simple. But normally the match will continue. ”

Now that the match continues, the question is how the fusion club will appear at the kick-off. The preparation was difficult. “We with the staff always made our preparation, because we were never sure whether we would reach that limit of seven unavailable players or not. But for the players it was more difficult, ”said Hayen. “We have never had to work with them directly but each time through a medium. They were given individual programs without ball contact. We did give them specific running programs to simulate a match, with intervals. But without a ball it is a lot harder to do. ”

The fear is that the players will have a training delay. “I hope we have not lost too much in that area. We actually wanted to use the past weeks to train some boys. Unfortunately, those who need it have fallen ill. There is now no other option than to try to get rid of the training backlog as well as possible. At the moment we have only been able to train with the entire group for two days, and then today (Friday, ed.) And tomorrow (Saturday, ed.). ”

There is one advantage: the Buffalos are not exactly in a positive spiral after four consecutive defeats. “You shouldn’t lose sight of the fact that they always had chances against Hoffenheim, Genk and Liberec, just like in that 5-2 defeat against Cercle,” said Nicky Hayen. “If you look at the individual qualities, I certainly would not underestimate them. They are a wounded animal, and we all know that an injured animal can look ugly. It is up to us to ensure that they remain a wounded animal. ”

Besides the corona-absentee, only midfielder Milan De Mey is sidelined with an injury at Waasland-Beveren. Forward Jordan Faucher is on his way back, but will be brought calmly.

These were the details of the news Waasland-Beveren-AA Ghent continues: only one more positive … for this day. We hope that we have succeeded by giving you the full details and information. To follow all our news, you can subscribe to the alerts system or to one of our different systems to provide you with all that is new.