Formula 1: how the teams are assembled for the 2021 season 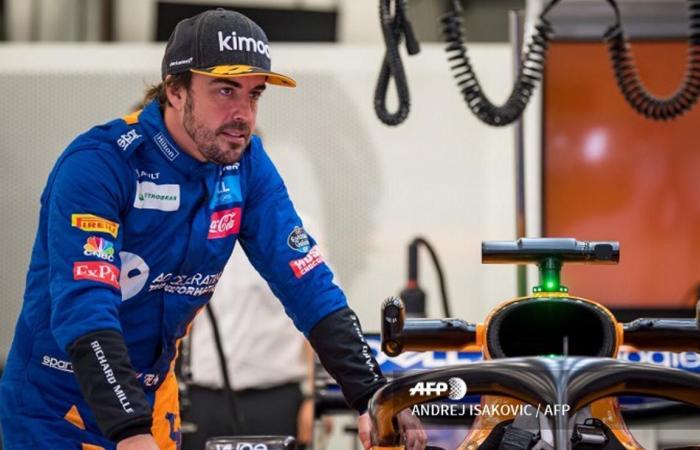 Status of contracts and transfer rumors for the 2021 Formula 1 season, following the renewals of Kimi Raikkonen and Antonio Giovinazzi with Alfa Romeo this Friday.

The British Lewis Hamilton (35 years), with a contract until the end of 2020, repeats its intention to continue with the star brand but has not yet signed.

The Monegasque Charles Leclerc (23 years old) has a contract until the end of 2024.

He will be accompanied in 2021 and 2022 by Spanish Carlos Sainz Jr. (26), from McLaren, who will replace German Sebastian Vettel.

His teammate Alexander Albon (24), who runs with a Thai license (the nationality of one of the two owners of the Red Bull brand), has the Emilia-Romagna Grand Prix this weekend and the next one in Turkey in mid- November to prove that he deserves to keep his seat, coveted by the German Nico Hülkenberg (33) and the Mexican Sergio Pérez (30), without a contract.

. Renault (will be Alpine)

Spaniard Fernando Alonso (39), who retired from F1 in 2018, was chosen to replace Australian Daniel Ricciardo, who will race for McLaren in 2021 and 2022.

It may interest you: F1 returns to the historic Imola circuit with the Emilia Romagna Grand Prix

The German Sebastian Vettel (33), winner of the World Cup four times, joined the team in substitution of ‘Checo’ Pérez, who was withdrawn after being committed until the end of 2022.

At his side will be Canadian Lance Stroll (22 years old on October 29), son of one of the owners of Racing Point and Aston Martin, Lawrence Stroll.

The Frenchman Pierre Gasly (24) renewed for a year.

The identity of his future teammate – current driver, Russian Daniil Kvyat (26), Thai Alexander Albon, currently at Red Bull, or Japanese Formula 2 driver Yuki Tsunoda (20) – has not been revealed yet.

The Finn Raikkonen (41) and the Italian Antonio Giovinazzi (27 on December 14) will return to be the team’s pair in 2021 for the third year in a row.

Danish Kevin Magnussen (28) and Frenchman Romain Grosjean (34) will not follow in 2021.

The name of his substitutes is not yet known but the F2 drivers Nikita Mazepin (21 years old, Russian) and Mick Schumacher (21, German) are playing. The first would provide the family capital and the second benefits from the support of Ferrari, which powers Haas.

Britain’s George Russell (22) and Canadian Nicholas Latifi (25) renewed for 2021. The contract for the former, supported by Mercedes, ends at the end of next season, while that of the latter is “for several years”, presumably until late 2022.

These were the details of the news Formula 1: how the teams are assembled for the 2021 season for this day. We hope that we have succeeded by giving you the full details and information. To follow all our news, you can subscribe to the alerts system or to one of our different systems to provide you with all that is new.