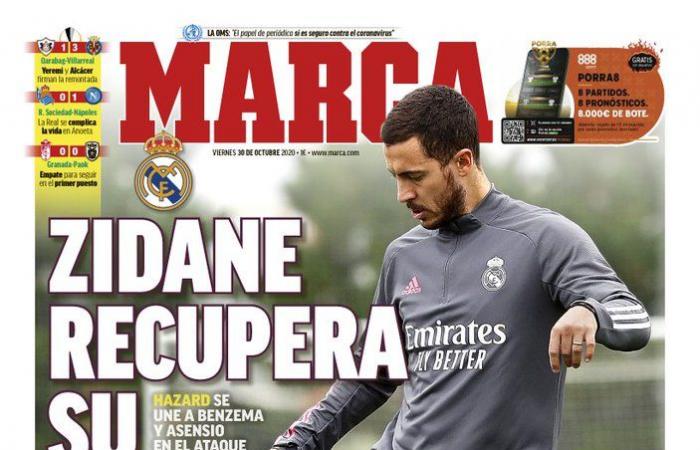 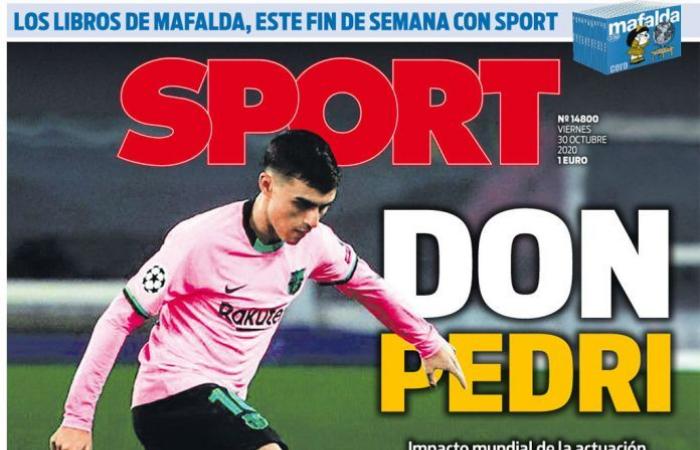 The headlines on the front page of Marca, Diario AS and Diario Sport on Friday in English!
Zidane retrieves his trident – Hazard is back and with Benzema and Asensio can form an attacking trio for Zidane’s dream attack at Real Madrid. The three have not played together since the 2019 preseason. The case of Vinicius and Benzema will be closed after discussions during training
Sergio Ramos’ run continues – Has received 25 consecutive penalties

Elections as soon as possible and without pressure – Barcelona Interimspräsident Tusquets

Summary of the Europa League

The 9 is a problem for Madrid – Mariano Diaz is not in Zidane’s plan, Jovic is out and Benzema has only scored two goals – the Frenchman apologized for his words against Vinicius in the Gladbach game
Pedri gains Koeman’s confidence – The Canary Islander has played in every game and against Juventus in Turin he was the player who regained possession the most

Confidential report from Sport – Juve players like Dybala and legends like Marchisio admit its present and great future.

Barcelona is back in Europe – Data from the win at Juve

These were the details of the news Today’s Spanish newspapers are dominated by Real Madrid’s new attack, with... for this day. We hope that we have succeeded by giving you the full details and information. To follow all our news, you can subscribe to the alerts system or to one of our different systems to provide you with all that is new.