James at Everton: injury he suffered in classic, blow and inflammation... 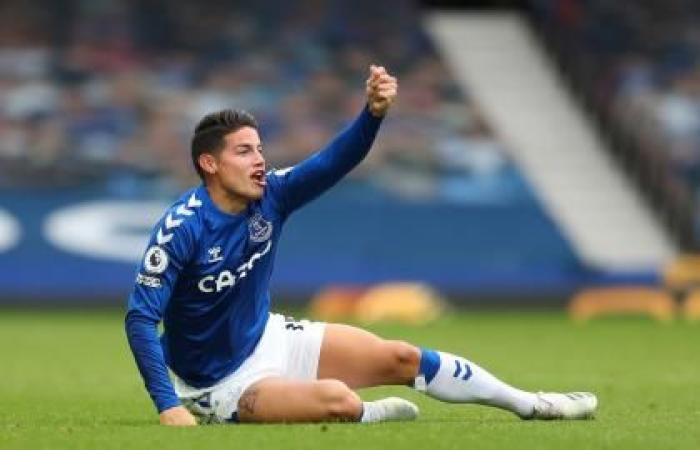 The health of James Rodríguez is an issue that is already attracting attention in the Premier League. Not in vain it is the star signing in the tournament’s leading team, Everton.

The little information that there was regarding the injury that the Colombian suffered in the classic against Liverpool, in a clash with Virgil Van Dijk, generated confusion because Carlo Ancelotti himself ruled it out at first for the duel against Southampton, which meant the first defeat (2-0), and in the end he used it as a starter. Was he or was he not injured?

Yes it was. According to the newspaper Marca in Spain, the injury is actually a significant inflammation in a testicle, because in the aforementioned crash the ball hit him hard in the groin.

James himself shared on his social networks an image using a NormaTec recovery machine on his legs and seems to cautiously hold the part closest to the place where he would have the inflammation.

James, the author of three goals and three assists for Everton, hit himself on October 17 and has tried to be fit but is still in pain, according to reports from the coach himself.

“He was tired at the end, he felt his muscle a bit. But I don’t think it’s a big problem,” said the Italian, at the end of the duel this weekend.

This Sunday, Everton visits Newcastle with the intention of returning to their winning pace. James hopes to be available and has time on his side.

*The article has been translated based on the content of Source link by https://www.futbolred.com/colombianos-en-el-exterior/james-en-everton-revelan-lesion-que-sufrio-en-clasico-golpe-e-inflamacion-en-un-testiculo-126499
. If there is any problem regarding the content, copyright, please leave a report below the article. We will try to process as quickly as possible to protect the rights of the author. Thank you very much!

These were the details of the news James at Everton: injury he suffered in classic, blow and inflammation... for this day. We hope that we have succeeded by giving you the full details and information. To follow all our news, you can subscribe to the alerts system or to one of our different systems to provide you with all that is new.