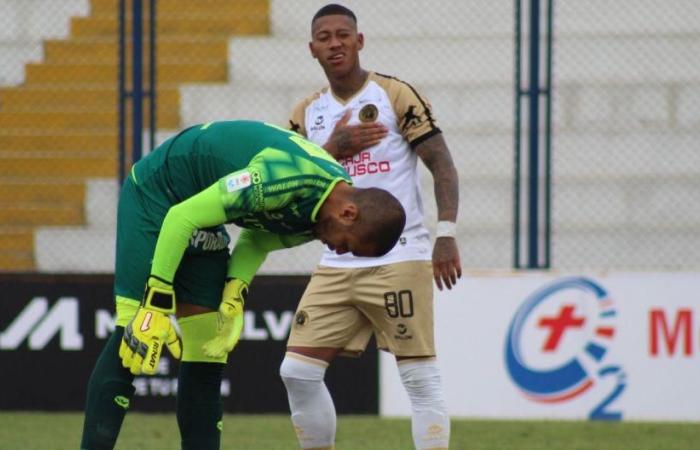 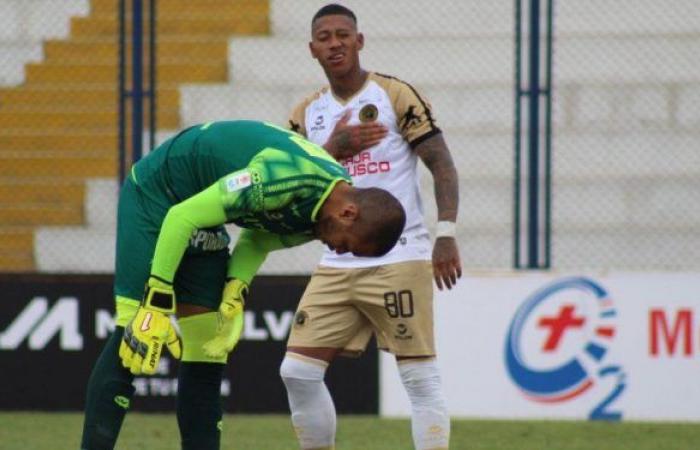 Carlos A. Mannucci lost 2-0 with Cusco FC for the second day (Group B) of Phase 2 of the League 1. The ‘Tricolor’ team wanted to return to the top of the accumulated table, so it hoped to add three; but he could not with an imperial team that surpassed him throughout the game.

The goals came through Ray Sandoval and Janio Pósito, who brought a new joy to the Cusco public by adding their second victory in the same number of games played in the second tournament of the year.

Behind the Carlos A. Mannucci vs. Cusco FC, the strategist of the imperial squad, Carlos Ramaciotti, praised the great performance of his team, who carried out a complicated duel. “We beat a rival who always scores at least two goals per game and we were not converted,” he said.

Javier Tetes, for his part, indicated that the meeting was for anyone. “It was a very even game, we found ourselves at a disadvantage due to our own error and we were liquidated in a counterattack. I think we played well the second half, ”said the Trujillo technical assistant.

Carlos A. Mannucci vs. Cusco FC they opened fires on this second day, without clashing and leaving the fans satisfied, who saw a great game from start to finish.

The next date, Cusco FC will be measured with Sport Boys, while Carlos A. Mannucci will do the same against Deportivo Municipal.

Carlos Mannucci vs. Cusco FC: that’s how they lined up

Carlos Mannucci vs. Cusco FC: this was minute by minute

The match is scheduled for 3:30 pm (Peruvian time) and will be broadcast on the GOLPERU signal. See the main incidents of the crash by the MINUTE BY MINUTE of Depor.com. Also get hooked on the profiles on Twitter, Facebook and Instagram of Monterrey and Toluca.

The Trujillo team is looking for their first victory in the second part of the tournament, but they will collide with a strengthened Cusco team, which won again at the start of Phase II.

This is how Mannucci arrives

The ‘Carlista’ team wants to quickly turn the page of the match where they lost 3-2 to Cesar Vallejo and which lasted until after ninety minutes, with a brawl between members of both squads.

It’s been four games – counting Phase 1 – that Mannucci hasn’t managed to get a win. Coincidentally, the last time they scored three points was against Cusco FC, in a match where those led by Pablo Peirano thrashed the team from the imperial city 4-0.

This is how Cusco FC arrives

Carlos Ramacciotti put on the Cusco FC diver again and managed to end the negative streak of eight games that the Cusco team had without winning.

After starting losing their match against Melgar, they managed to turn the scoreboard and ended up beating ‘Domino’ 3-1. Now, in front of the Trujillo, they want to continue on the path of victory to continue adding points in the accumulated table, which allows them to fight a place in international cups.

Spain: Sergio Ramos and his quarrel with Isco after the win against Barcelona | VIDEO

*The article has been translated based on the content of Source link by https://depor.com/futbol-peruano/descentralizado/carlos-mannucci-vs-cusco-fc-en-vivo-en-directo-online-via-golperu-por-la-fecha-2-del-grupo-b-liga-1-minuto-a-minuto-desde-el-estadio-ivan-elias-moreno-transmision-oficial-noticia/
. If there is any problem regarding the content, copyright, please leave a report below the article. We will try to process as quickly as possible to protect the rights of the author. Thank you very much!

These were the details of the news Carlos Mannucci vs. Cusco FC (0-2): see goals, summary and... for this day. We hope that we have succeeded by giving you the full details and information. To follow all our news, you can subscribe to the alerts system or to one of our different systems to provide you with all that is new.