Mohamed Salah reveals the truth about his injury 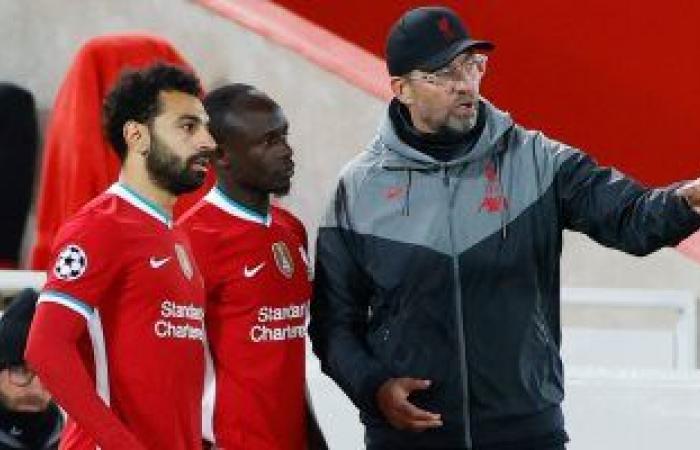 Spread Mohamed Salah The English football star and the national team, a video clip, while practicing some fitness training, inside his home, after the spread of news of his injury after publishing a video showing his inability to walk normally, while leaving the “Anfield” stadium, in the Danish Maitland match that was held on Tuesday evening And ended with the Reds winning a double clean in the second round of the group stage of the European Champions League.

Mohamed Salah appeared in the video clip practicing some fitness exercises inside the swimming pool, without facing any muscle problems, which shows that he was not injured, to reassure the star his fans, after the news of his injury spread after facing the Danish Maitland in the second round of the group stage of the European Champions League.

Liverpool coach Juergen Klopp had made it clear earlier that Mohamed Salah had not suffered a severe injury, and that he only suffers from a slight bruise, which will not affect his participation in the matches.

It is noteworthy that former Liverpool striker Peter Crouch praised the Egyptian star Mohamed Salah, noting that he had become a cruel goal machine because of the remarkable record he provided with Liverpool in the recent period, as the Egyptian pharaoh scored six goals to help coach Juergen Klopp’s battalion rise to second place in the table The English Premier League standings, with Liverpool trailing only leaders Everton on goal difference, and has made a strong start in the Champions League..

The former Liverpool striker said in remarks published by “Goal International”: “Salah’s goals are very exciting and I feel that he has started the season very well. From the moment we started the season, I just saw how strong and wonderful his passes are, everything has risen to another level, it is not.” Believe”.

He added: “We cut some of his footage on the BT Sport channel on the last day and I was looking at it, and some of the passes he does this year, and he cut the balls and exit between two or three players with dribbling and attacks.”

These were the details of the news Mohamed Salah reveals the truth about his injury for this day. We hope that we have succeeded by giving you the full details and information. To follow all our news, you can subscribe to the alerts system or to one of our different systems to provide you with all that is new.