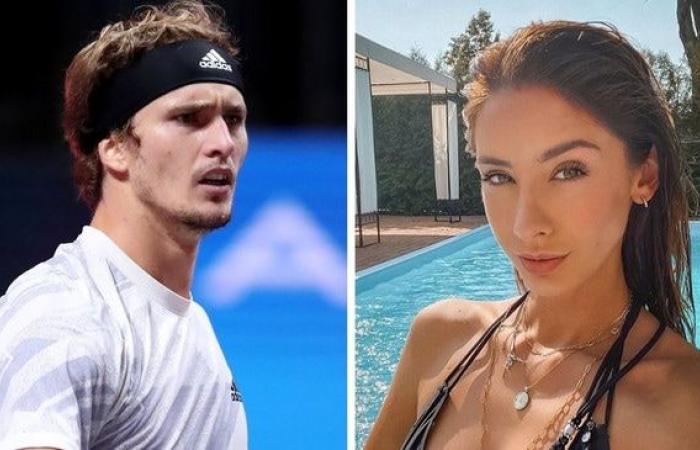 Brenda Patea, a 27-year-old German model who was with tennis star Alexander Zverev for less than 12 months, says she is 20 weeks pregnant with his child.

In perhaps the only positive legacy of Novak Djokovic’s unfortunate Adria Tour, which sparked controversy at the start of the COVID-19 pandemic for being played without proper social distancing measures, the child appears to have been conceived around the time the tournament was taking place held in June.

But Patea and Zverev have since separated and although she is overjoyed with her upcoming arrival, Patea says she will not share custody of the child with 23-year-old number seven in the world.

“I’m expecting a child from Alex,” said Patea of ​​the German tabloid Bild. “We don’t have any communication with Alex at the moment and to be honest, I have no plans to share custody of my child with him …

“But I will do everything I can to ensure that (the child) grows up in a harmonious and appropriate environment. I have the opportunity to raise my child on my own. ”

Patea explained the reasons for her breakup with Zverev, who reached out to her in a Paris café last October to begin their romance.

“We had crises before and then ended our relationship with Alex,” she said. “Because we have different views about life. Everyone who is with an athlete has to submit to these situations. ”

Zverev and Patea were embroiled in controversy after the Adriatic tour when they were celebrated on the French Riviera after posting a statement apologizing for his participation in the tournament where Djokovic, Grigor Dimitrov, Borna Coric and Viktor Troicki tested positive for COVID- 19 and promises to self-isolate for two weeks.

“When you have the boldness to post a tweet your management wrote on your behalf saying you will self-isolate for 14 days and apologize to the public for at least putting your health at risk, the boldness.” To stay indoors for 14 days. ”

But the young German star had a strong end to the year when tennis resumed. He reached the final of the US Open and won two tournaments in Cologne this month.

Patea also counts her blessings in 2020 and speaks of her joy as she announces her pregnancy on social media.

“There is magic in every beginning. This is my magical beginning with a new life under my heart, ”she wrote.

“I can hardly put into words what it feels like to be pregnant – it’s just an overwhelming time. Becoming a mother fills me with such great joy and still scares me a little.

“Those of you who have already been pregnant can probably relate to this. In the last few weeks there have been some heartbreaking and joyful moments and then again situations of uncertainty because my child was born in stormy times.

“But no matter what comes our way … I will love and protect my child until the end of my days. I am already the happiest mother in the world and I am so happy to share this happiness with you! ”

These were the details of the news Tennis news: Alexander Zverev, Brenda Patea, baby, pregnant, statement, Instagram for this day. We hope that we have succeeded by giving you the full details and information. To follow all our news, you can subscribe to the alerts system or to one of our different systems to provide you with all that is new.