“Thank you, Torres!” – The bargain purchase from Man City gave... 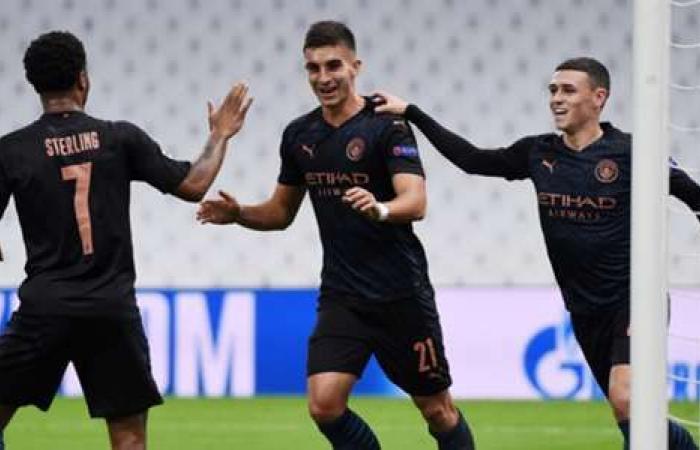 Ferran Torres has made an impressive start to his career in Manchester City.

The Spain international has had to wait patiently for his chances since arriving from Valencia for a bargain of £ 21m ($ 27m) last summer but he made the most of it when they came.

Torres’ crucial opener in the 3-0 Champions League win against Marseille on Tuesday night means only Raheem Sterling has been involved in more goals for City this season.

The winger has not only scored three goals for his new club, but has also already collected two assists – not bad for a player who only started four of City’s first nine games and was an unused substitute in three other games.

With the injured strikers Sergio Aguero and Gabriel Jesus in Manchester, Torres was given the demanding role of central striker in France.

Pep Guardiola admitted that this is not an easy role – especially for a young player who is used to stretching opponents by playing as far as the dimensions of the pitch allow.

However, Torres clearly isn’t lacking in confidence. Any player who is ready to take on club legend David Silva’s # 21 jersey clearly has the courage to face any challenge.

Torres fought playfully all night at the Stade Velodrome, although the chances were slim against an adventurous side from Marseille who played in defense with five and rarely made it out of their own half.

He deserved his goal and his manager’s praise.

“Ferran has settled down [in Manchester] really good, ”said Guardiola afterwards. “He’s not a striker so I would congratulate him and say, ‘Thank you for taking the trouble to play in this position’.

“As a striker it’s not easy to play a 4-5-1 because there are a lot of players and no space, but he scored a goal.

“We won’t have many strikers until Gabriel and Sergio come back. Now we have the opportunity to play Ferran in this position. ”

Aguero could be absent for another month after a hamstring injury, but there is hope that Jesus can return in the next 10 days.

At least Torres has shown that he can be an alternative to Sterling, who has generally taken on the role of the bailiff.

The 20-year-old has scored a goal in his last three Champions League games, making him the youngest Spanish player to achieve that feat.

After Mario Balotelli in 2011, he is only the second City player to score a goal for the club in his first two Champions League games.

His first goal was the 3-1 win over Porto last Wednesday when he came on as a sub with Phil Foden in the second half.

They combined superbly to create a tenacious defense for the third goal that killed the game and Torres struck hard into the top corner.

The couple have already formed a lively partnership, in which their 20-year-old colleague gives energy and entrepreneurship to a tired team that is having trouble finding their rhythm after a test launch of the campaign.


They bonded well again at the velodrome, and Guardiola refreshed his side by giving his front a youthful look.

Foden played on the left after turning the match against West Ham over the weekend. He was again City’s liveliest player, with a hand in City’s second goal, which Ilkay Gundogan finished before Sterling took a comfortable win.

City took strong control of Group C with two out of two wins.

A hectic schedule means Guardiola would very much like to qualify for the knockout round as soon as possible and four points from the next two games against Olympiakos underdogs would almost certainly achieve that goal.

“It’s important to start the Champions League with two wins because it helps us. We are now so close to being in the last 16, ”added the City boss.

Torres’ Champions League goals may have come very early in the season but they could potentially prove very important to City’s results. Just like its Vim and its versatility.

The bargain purchase from Man City could offer Guardiola an unaffordable alternative in attack.

These were the details of the news “Thank you, Torres!” – The bargain purchase from Man City gave... for this day. We hope that we have succeeded by giving you the full details and information. To follow all our news, you can subscribe to the alerts system or to one of our different systems to provide you with all that is new.