The date of the match between Liverpool and Maitland in the... 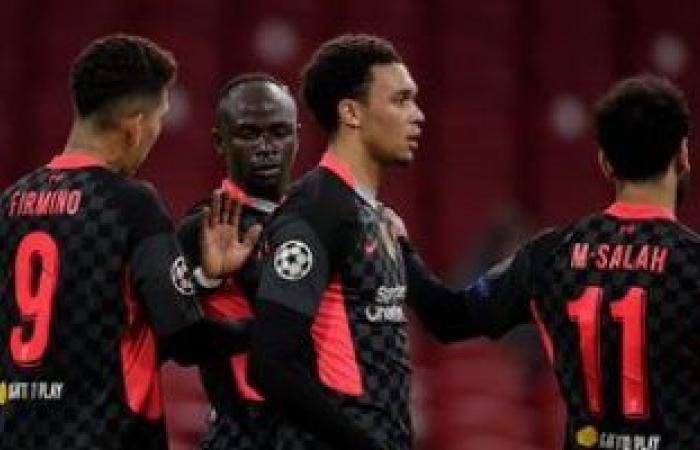 Hosts Leferball The English professional within his ranks, Mohamed Salah, the star of the national team, his counterpart, Maitland, at exactly ten in the evening, today, Tuesday, at “Anfield”, the stronghold of the Reds, in the second round match of the group stage in the new season of the Champions League 2020/2021, and Liverpool is seeking a match Today, in continuing the tone of victories in the Champions League, after winning the opening match with a clean goal over Ajax Amsterdam, in order to qualify for the next round of the tournament, and try to regain the title, taking advantage of the ground factor.

Liverpool beat Ajax Amsterdam with a clean goal, scored by Nicolas Tagliavico in the 35th minute by mistake, in the match that brought them together last Wednesday, at the start of their Champions League campaign..

Liverpool, led by German coach Juergen Klopp, is going into this meeting in high spirits, after it won a precious 2-1 victory over Sheffield United in the match that brought them together last Saturday in the sixth round of the English Premier League, in which the team topped the table.

On the other hand, the Danish team, Metjeland, wants to achieve a positive result in today’s match as well, and scored three points, in order to qualify for the next round of the Champions League, after losing to Italian Atalanta by 4-0 in the opening round of the tournament.

These were the details of the news The date of the match between Liverpool and Maitland in the... for this day. We hope that we have succeeded by giving you the full details and information. To follow all our news, you can subscribe to the alerts system or to one of our different systems to provide you with all that is new.