Horner on Alexander Albon: He has to deliver next week 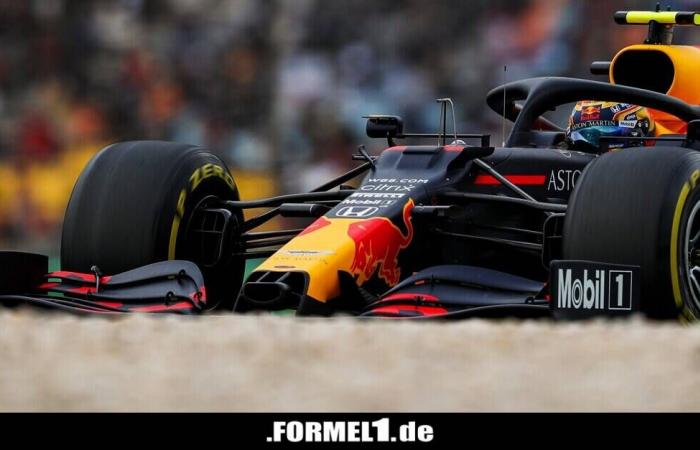 (Motorsport-Total.com) – Christian Horner speaks of a “difficult” race for Alexander Albon in Portimao. And he also suggests: There has to be more to come, next week in Imola. At the Portugal Grand Prix, Albon started from sixth position out of only twelfth and remained without points, while his Red Bull team-mate Max Verstappen finished third on the podium.

“There are a few things we have to look at,” says Horner. “And of course Alex has to fight back in less than a week.”

How much Albon is under pressure at Red Bull, Horner did not explicitly say, only that he expected more from his Formula 1 driver, whose biggest weak point in Portimao was tire wear. “We still have to find out why he was much bigger,” says the team boss.

Albon in trouble from the start

Albon had a difficult time in the race from the start. “He had problems getting the tires up to temperature and was only in eleventh place after lap one,” explains Horner. Albon himself claims to have put his chances “a little” in the sand. And he points out that Verstappen also got off badly.

But while Verstappen only dropped back to fifth from third place on the grid, Albon fell significantly further. And finally, Verstappen also managed to make up for the lost positions.

Albon is different. He made little progress in the race. Horner: “You think: ‘Okay, first bring the temperature into the tires and then we’ll look further.’ But then Alex got stuck in traffic and his tires developed a lot of graining. “

Red Bull responded by pitting Albon early to change tires. Instead of another soft, he was given Medium so that he could go through with it. But this plan didn’t work either.

“Alex had decent pace with Medium and caught up with the group in front of him, but his tires buckled so badly that we had to bring him in again because it wouldn’t have been enough,” says Horner. “So he got another sentence of soft. Then he was so far behind that it was difficult for him.”

How Alexander Albon was kicked out of the Red Bull squad, returned and now received the regular cockpit!

Albon himself says he spent practically the entire race “in the gearbox of other vehicles”. Therefore, there were no big jumps and Albon was only classified in eighth place once and due to pit stops, otherwise he hardly made it into the top 10.

Why wasn’t he able to make up more positions? Because overtaking in Portimao is fundamentally difficult, says Albon. “We knew that. But I also had big problems in Turn 14, the target corner. I couldn’t stay close enough to have a chance before Turn 1. And unfortunately that was it.”

“The pace, the car, that was really good. I just couldn’t use it,” said the Red Bull driver. “Now we have to check this off and move on to next week.”

If Albon’s immediate rivals in the Formula 1 drivers’ standings, Pierre Gasly and Carlos Sainz, score as well as they did last, then Albon could slide to the bottom of the top 10. Verstappen, on the other hand, is third in the World Cup, with around two and a half times as many points as Albon.

These were the details of the news Horner on Alexander Albon: He has to deliver next week for this day. We hope that we have succeeded by giving you the full details and information. To follow all our news, you can subscribe to the alerts system or to one of our different systems to provide you with all that is new.