Haak: ‘Ajax must keep an eye on these two’ 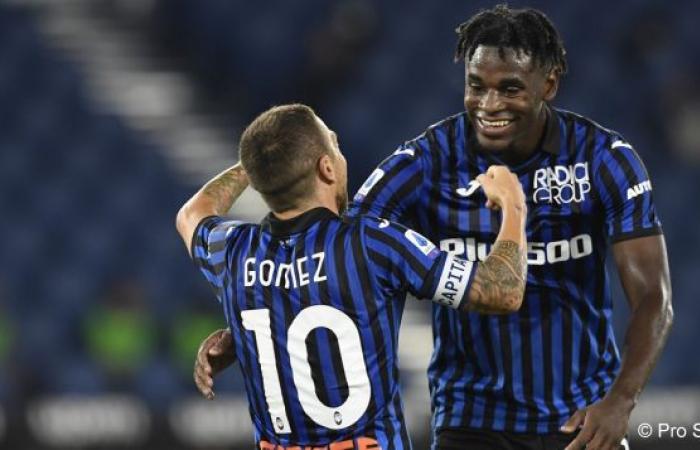 Ajax cannot enjoy the gala performance in Venlo for long. The match against Atalanta Bergamo awaits on Tuesday. In the north of Italy, Erik ten Hag and associates hope to take the first points of the new Champions League season, after the sour defeat in the Johan Cruijff ArenA against Liverpool FC. But that will not be easy, predicts Willem Haak.

The enthusiast and absolute connoisseur of the Serie A sees in the opponent of Ajax a team that should not be underestimated, which is anything but inferior to Ajax. After promotion to the top level in 2011 The Goddess in recent years to a strong sub-topper with a very attacking, attractive football style. With this, the third place was conquered last season and reached the quarter finals of the Champions League. And it is starting to look more and more that Atalanta is more than a one-hit fly.

Ha Willem! How is it that Atalanta is suddenly so successful?

‘Atalanta has actually been the club with the best policy in Italy for years. They have developed their own style in training players. In recent years you see that more and more talents are breaking through. Last year, Dejan Kulusevski was named best young player of the Serie A. He was then loaned to Parma. After that he was immediately sold to Juventus for a very large amount. The same goes for Amad Traoré, who also only played five games in the first. He has now been taken over by Manchester United for something like forty million euros. If you can sell those kinds of players for that much money, you can invest it in your own team. ‘

Doesn’t that mean that Atalanta has to keep building the team over and over again, just like Ajax?

‘In fact it is still a provincial club. If forty million euros is offered, you really cannot refuse it. And they know they can substitute players anyway. It has always been successful in recent years. The best players are sold, but they keep performing. They have confidence in their own policy. For example, they got pearls from the Eredivisie, you can see that with Marten de Roon and Robin Gosens. We didn’t think they were fantastic in the Netherlands, but they are now the supporting forces there. Atalanta saw that. ‘

How did the last transfer market go?

‘That has been quite calm. They have been able to broaden the selection, which was actually quite broad. Sam Lammers is an example of this. He won’t be making a huge number of minutes, but it’s nice that you have him there. Furthermore, Aleksey Miranchuk has come from Lokomotiv Moscow. He scored twice against Juventus in the Champions League last year. He is a very interesting player. And in addition, they have also brought in a central defender, Cristian Romero, who has long been known as a great talent. So they have almost only improved. ‘

‘Yes, Atalanta looks good. They are even mentioned by some as a possible title contender. I would still consider that statement a bit dangerous. Juventus and Inter are still a step further. They also have much more financial options. Atalanta is an outsider, so it could be. They will certainly compete for the top four places. But there is now a gap to jump into. Juventus has a new trainer with Andrea Pirlo and there is always chaos at Inter. In that respect, they have more chances than ever to become champions this season, although I am not saying that the chances are huge. ‘

Atalanta recently lost to both Sampdoria and Napoli. Is there anything to be learned from the approach taken by those opponents?

Napoli has exposed Atalanta’s weaknesses. There is certainly something to be gained. Ajax is not inferior to Napoli either. But I would still consider it an incident. Ajax also loses at FC Groningen. It happens. Just like AZ’s match against Napoli. That doesn’t say much. The Europa League is not much in Italy. Napoli was having a bad day. It is too easy to say that that is why Ajax will certainly win against Atalanta. The Eredivisie is not on par with the Serie A. ‘

Okay, how would you describe Atalanta’s playing style?

‘They often play in a 3-5-2 or a 3-4-3 with an attacking style of play. The coach, Gian Piero Gasperini, is tactically reasonably strong. He often adapts slightly to the opponent. So it really depends on what he wants, but they almost always play with three central defenders and two wing-backs: Hans Hateboer and Robin Gosens. They come up a lot on the flanks. You could therefore say that their weakness is behind those wingbacks. The central defenders have to fill in those gaps when they are gone. So it will be an open and interesting game, because they are both attacking teams. Atalanta will certainly play offensive, Ajax cannot be surprised in that, that’s for sure.

Is it also more or less clear who will play with them?

‘There are no suspensions and hardly anyone is injured. The first goalkeeper is injured, Pierluigi Gollini. But he is replaced by Marco Sportiello and he is also a very good keeper. Josip Ilicic has had mental problems, he has been suffering from depression for a while, but he is now back in the selection. Gasperini has further indicated that the battle with Ajax is the most important at the moment, so he has also spared players against Sampdoria. I just expect the same eleven as against Midtjylland. ‘

Clearly! But for which of those eleven does Ajax really have to watch out?

Papu Gomez. He has really become a star player and is very much in shape. He pops up a lot between the lines. What’s nice about him is that he often uses the referee as a reference point to run free. If they have to isolate and cover a player, it is Gomez. But also Duvan Zapata, the striker. He really is an animal. It will be difficult to physically stop him, so Ajax will have to approach that in a different way. Those are two players that I would keep an eye on if I were Ajax. ‘

‘Then I say 3-2 for Atalanta. It’s a pure gamble, of course. I think there will be a lot of goals, but I estimate Atalanta to be slightly stronger than Ajax at the moment. ‘

No comments have been posted yet, be the first!

These were the details of the news Haak: ‘Ajax must keep an eye on these two’ for this day. We hope that we have succeeded by giving you the full details and information. To follow all our news, you can subscribe to the alerts system or to one of our different systems to provide you with all that is new.