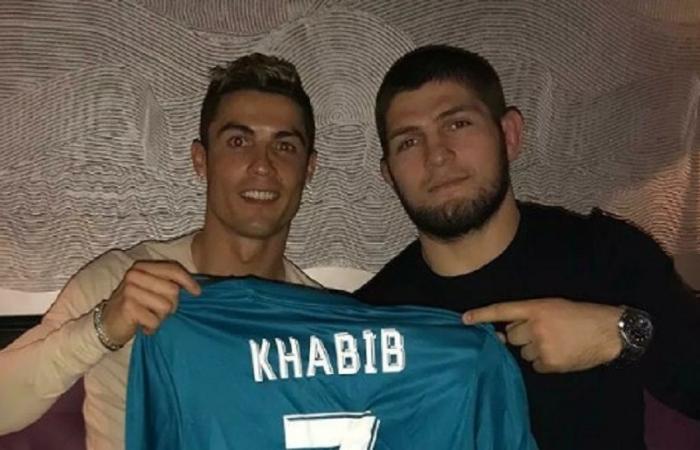 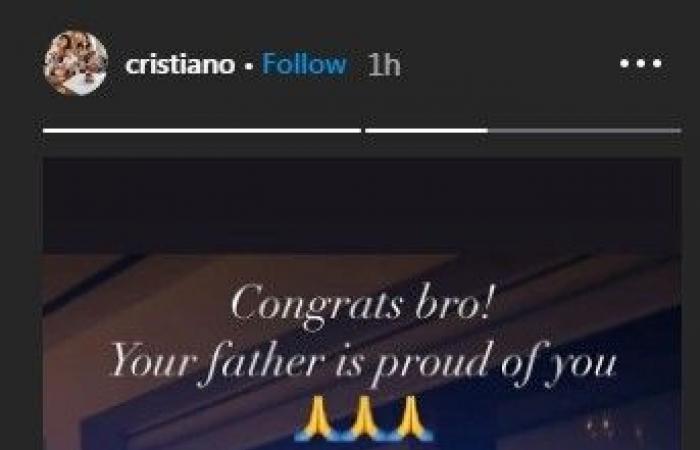 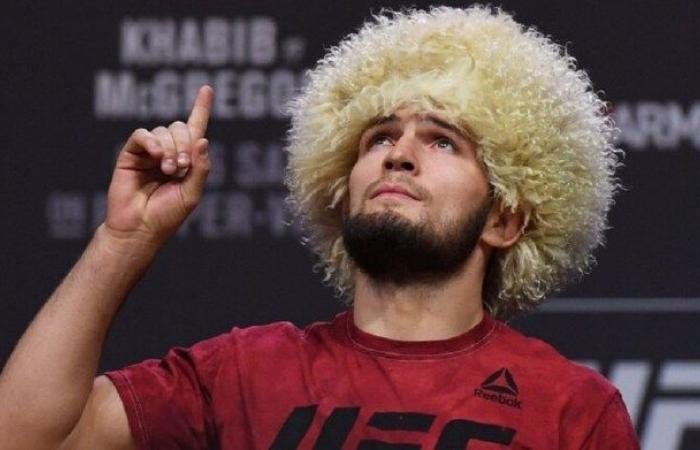 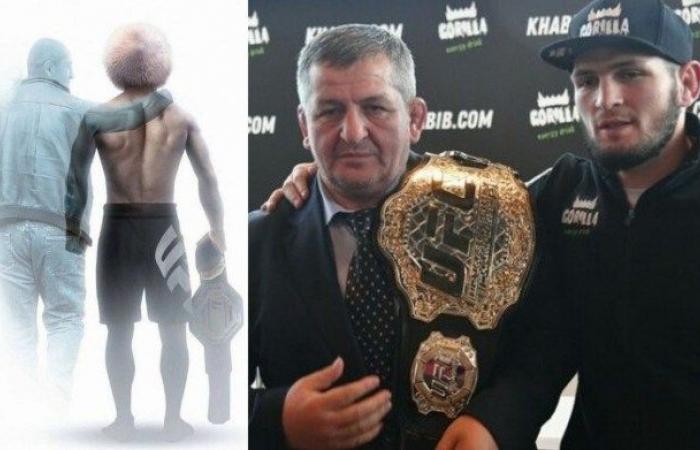 Juventus star Cristiano Ronaldo was keen to congratulate his Russian friend Habib Nurmagomedov for preserving the title of UFC champion for mixed martial arts on Saturday.

The Portuguese star published a picture of Habib through the “Alasturi” feature on his official account in “Instagram”, and attached it to the saying: “Congratulations, brother, your father is proud of you.” 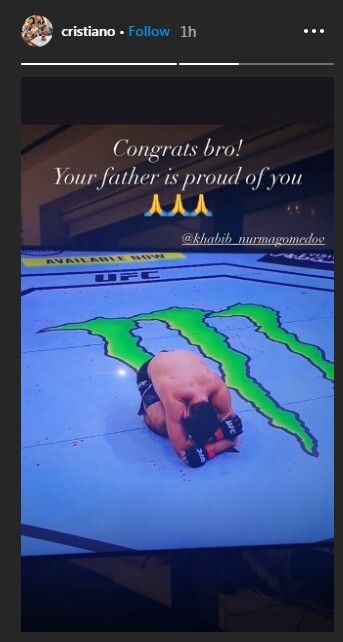 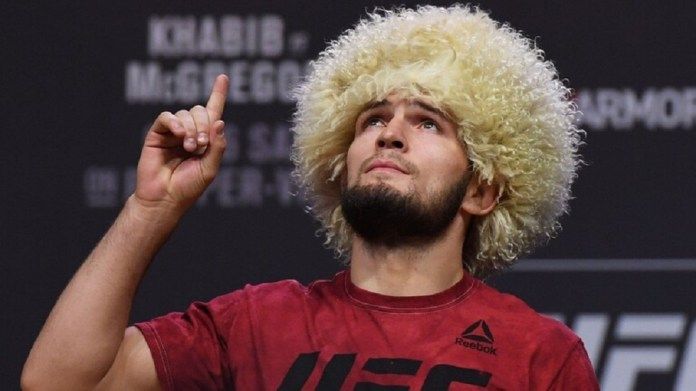 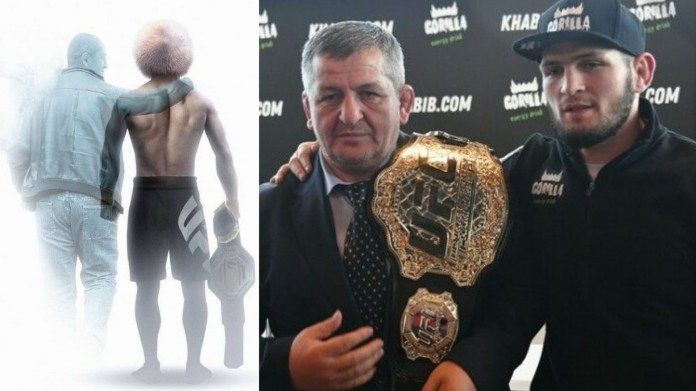 Habib maintained his title as UFC LMMA champion by defeating American Justin Gaitje in the match that brought them together on Saturday in the UAE capital Abu Dhabi in the UFC 254 tournament.

The Russian champion suddenly announced his retirement during his speech after the match, justifying the order to lose his father and coach (Abd al-Manaf Nurmuhamedov), who died on July 3 of the complications of his infection with the new Corona virus.

Habib collapsed in tears in the middle of the ring after winning the fight, and when he got up, he took off his gloves and said, “This is my last fight in the UFC. I was hesitant about going into this fight, but it was my father’s dream.”

These were the details of the news Ronaldo congratulates his friend Habib for preserving his world title, with... for this day. We hope that we have succeeded by giving you the full details and information. To follow all our news, you can subscribe to the alerts system or to one of our different systems to provide you with all that is new.