Liverpool vs. Sheffield … a goal canceled by Mohamed Salah in... 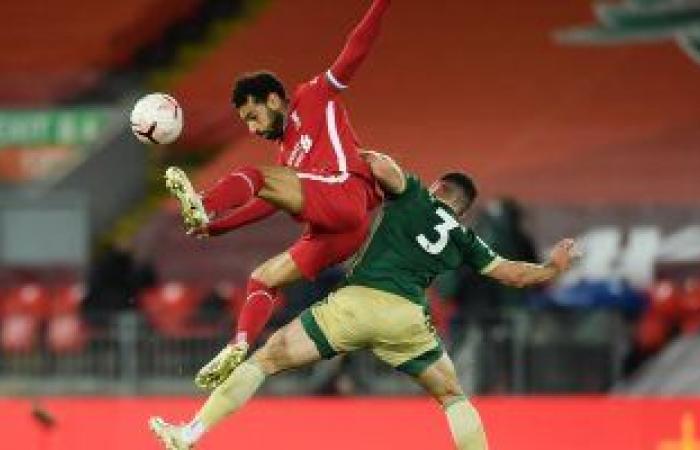 Referee Mike Dean canceled the goal scored by Egyptian star Mohamed Salah, the Liverpool player, against his guest Sheffield United, for infiltration after returning to the video technology “VAR”, in the 62nd minute of the match between them currently at Anfield, the Reds stronghold. Within the competitions of the sixth round of the Premier League, the Premier League competition, in the current season 2020-2021.

Liverpool began against Sheffield United with the following formation:

Liverpool enters the meeting with high spirits after winning the UEFA Champions League against Ajax Amsterdam with an unanswered goal, trying to score the 3 points that are his goal in the English Premier League in the trip to defend his title, as the Reds come from a difficult draw in the last match against Everton with two goals for each team , To reach 11 points in third place on the ranking table.

On the other hand, Sheffield United drew against Fulham with a goal without a response in the last round, to be his first point in his new season so far, which put him in the nineteenth place and the penultimate in the table.

Sheffield United suffers a lot this season, unlike last season, which was a black horse in it, and he must fight with all strength and win, and there is no alternative to that, in order to escape the specter of relegation.

These were the details of the news Liverpool vs. Sheffield … a goal canceled by Mohamed Salah in... for this day. We hope that we have succeeded by giving you the full details and information. To follow all our news, you can subscribe to the alerts system or to one of our different systems to provide you with all that is new.