Koeman, on the defensive: “Why does the VAR always intervene against... 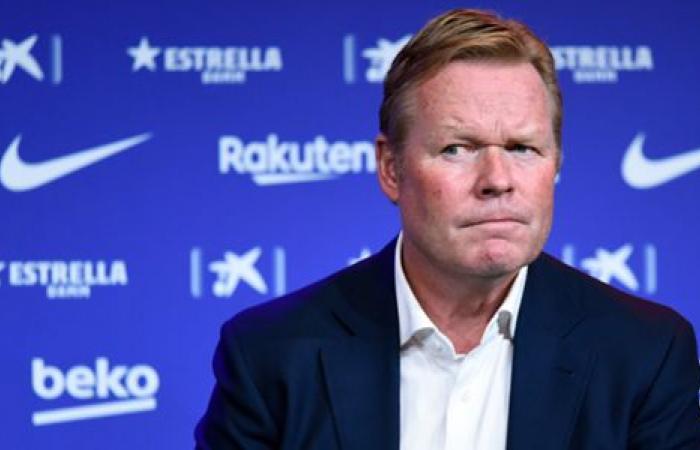 The Dutchman explodes and shows his confusion over “the operation of the VAR in Spain” after 1 to 3 of the Camp Nou Classic.

Ronald Koeman appeared at a press conference after losing 1 to 3 to Real Madrid who appeared at the Camp Nou after two consecutive defeats, against Cádiz and Shakhtar Donetsk

“Our plan was to be in control, we changed Leo’s position and put Ansu as a reference for his speed to seek depth behind the Madrid centrals and have players with good ball control on the wing, in this sense we can be happy because we played a good game. “

“When we were losing we left the players on the field to have opportunities, then we tried to play on the wing in one against one and join Antoine and Leo, from 39 on we risked back but we were losing, I don’t mind losing 1 to 2 or by 1 to 3 “.

Conversation with the referee

“I want to know your opinion, if you say that we do not agree, for me it is not, I told the referee that I hope they can explain to me one day how the VAR is going in Spain because we have been five days and the VAR has always come against him Barcelona, ​​did not enter the penalty play on Messi against Sevilla or two reds against Getafe, that was my question, why is VAR always against us? VAR is a good invention if it is the same for all teams “

“I have not spoken with Clément about this play but I have seen the images, I think there is a lack of Ramos to Lenglet, who grabs him by the shirt but not enough to shoot him, for me it is not a penalty.”

“I do not understand the VAR, all their decisions are against Barça, in 5 games not one in favor and there are many examples, the penalty for Messi from Sevilla, the red ones from Getafe, today … There are always grips like that in the areas”.

“It is normal for Real Madrid players to do their best to get a penalty, I have no problems in that, the VAR must conclude and has concluded that it is a penalty but I don’t want to talk about this anymore but it has been something decisive.”

*The article has been translated based on the content of Source link by https://www.goal.com/es-cl/noticias/koeman-a-la-defensiva-por-que-el-var-siempre-es-en-nuestra/144jp98ib5qrn1e3cozx674qfb
. If there is any problem regarding the content, copyright, please leave a report below the article. We will try to process as quickly as possible to protect the rights of the author. Thank you very much!

These were the details of the news Koeman, on the defensive: “Why does the VAR always intervene against... for this day. We hope that we have succeeded by giving you the full details and information. To follow all our news, you can subscribe to the alerts system or to one of our different systems to provide you with all that is new.