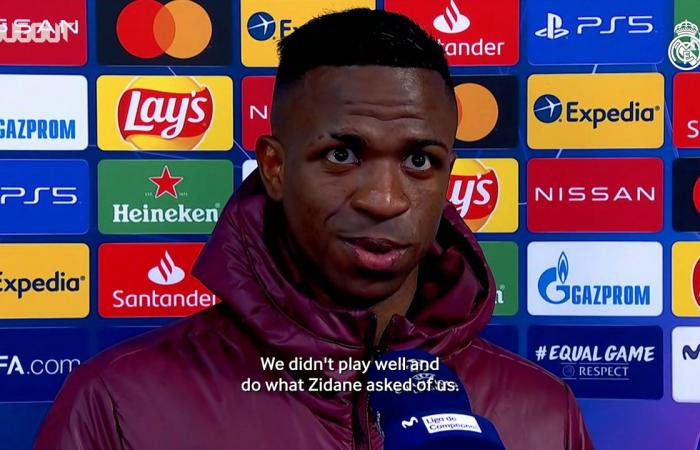 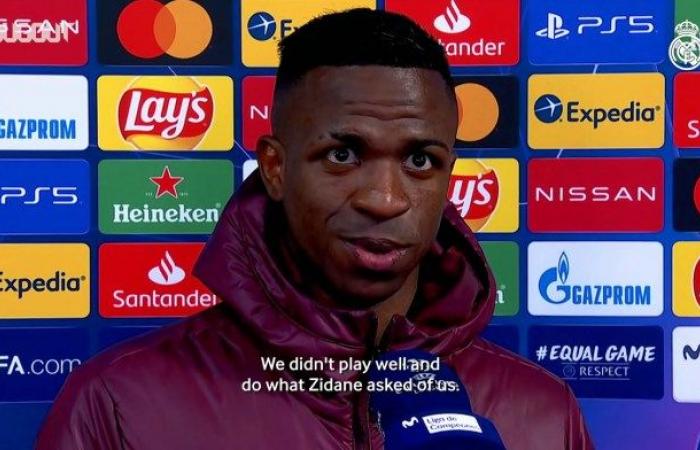 Real Madrid hosted Shakhtar Donetsk in the Champions League on Wednesday in the Di Stefano Stadium.

Tete gave Shakhtar a 1-0 lead after 29 minutes and then a Raphael Varane own goal made it 0-2 four minutes later. Real’s terrible defense was punished again three minutes before the break Manor Solomon found the back of the net. It was 0-3 at break.

Luka Modric and Vinicius scored two goals Within five minutes just before the hour, Real Madrid believed they had equalized stoppage time Valverde, but the VAR took the gate away for offside. Listen to what Vinicius had to say after the game in the video above!

These were the details of the news VIDEO: Vinicius Jr. after Real Madrid’s loss to Shakhtar for this day. We hope that we have succeeded by giving you the full details and information. To follow all our news, you can subscribe to the alerts system or to one of our different systems to provide you with all that is new.