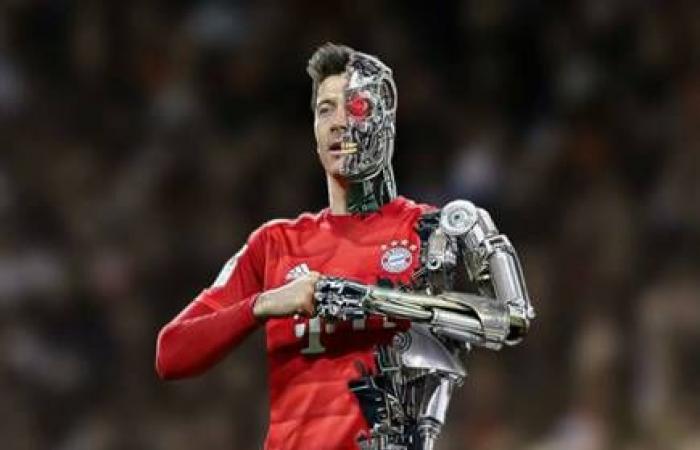 There is no way to stop this phenomenon. Robert Lewandowski – Any superlative we write here will only lower. The Bayern Munich star, who was rightly named UEFA Player of the Year, scored a hat-trick today (Saturday) in his side’s 5-0 win over Frankfurt in the fifth round of the German league. With his third goal he broke a Bundesliga record when he reached ten goals in the first five rounds Nine of them by the way in the last three games, after the quartet against Hertha Berlin and the duo against Arminia Bielefeld.

But that’s not all, Lewandowski still has a lot of amazing statistics that cannot be ignored. Also, on social media he was praised for the show and the records. The best here is in front of you:

– Last season he broke a similar record, becoming the first to score ten goals in the first six games. This time it took him one game less.

– With this hat-trick he rose to the balance of 11 Bundesliga games in which he scored three goals, which is the third place along with Joop Hinks. Mario Gomez and Klaus Fischer are in second place with 12 three-pointers. In first place – Gerd Müller.

– In the top five leagues in Europe, Lewandowski scored the most goals in 2020, with 25 in 19 appearances. Cristiano Ronaldo is in second place with 24 in 21 appearances.

– The Pole has scored more goals than 15 different teams in the German league so far this season.

*The article has been translated based on the content of Source link by https://www.mako.co.il/Sports-football-world/leagues-q4_2020/Article-a52bce2235b5571027.htm
. If there is any problem regarding the content, copyright, please leave a report below the article. We will try to process as quickly as possible to protect the rights of the author. Thank you very much!

These were the details of the news Like a machine: the numbers from Lewandowski’s hat-trick for this day. We hope that we have succeeded by giving you the full details and information. To follow all our news, you can subscribe to the alerts system or to one of our different systems to provide you with all that is new.