6 A hat-trick in the Premier League .. Mohamed Salah is... 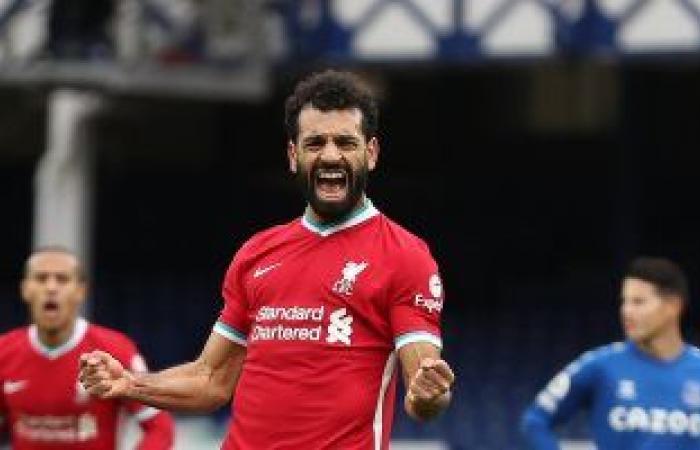 The current season of the English Premier League 2020-2021 was celebrated with 6 hat-tricks, although we only reached the sixth round of the Premiership competition, which explains the great scoring rate for the competition this season, and the last to join the list of Hattrick recorders in the Premier League was Patrick Bamford , Leeds United striker, who managed to score a hat-trick against Aston Villa yesterday at the opening of the sixth round.

Bamford’s hat-trick against Aston Villa is the sixth this season in the Premier League, after the competition witnessed in the past rounds the registration of 5 hat-tricks, by the Egyptian star Mohamed Salah of the Liverpool player, Hyung Min Son, the star of Tottenham, Calvert Lewin, the top scorer of Everton, Jimmy Fardy, the star of Leicester City, and the first Watkins, Aston Villa striker.

The following report reviews the list of hat-tricks in the English Premier League this season:

The Liverpool star scored a hat-trick in the match that the Reds won, 4-3, in the first round of the Premier League.

The South Korean star scored a hat-trick in Tottenham’s 5-2 victory, in the second round competitions.

The Everton striker scored a hat-trick during Everton’s 5-2 victory in the second round.

The Leicester City star scored a hat-trick against City in a 5–2 victory in the third round.

The Aston Villa striker scored a hat-trick against the Reds, during a landslide 7-2 victory, in the fourth round.

The Leeds United star scored a hat-trick against the Villains, during the match that ended 3-0, at the opening of the sixth round.

These were the details of the news 6 A hat-trick in the Premier League .. Mohamed Salah is... for this day. We hope that we have succeeded by giving you the full details and information. To follow all our news, you can subscribe to the alerts system or to one of our different systems to provide you with all that is new.