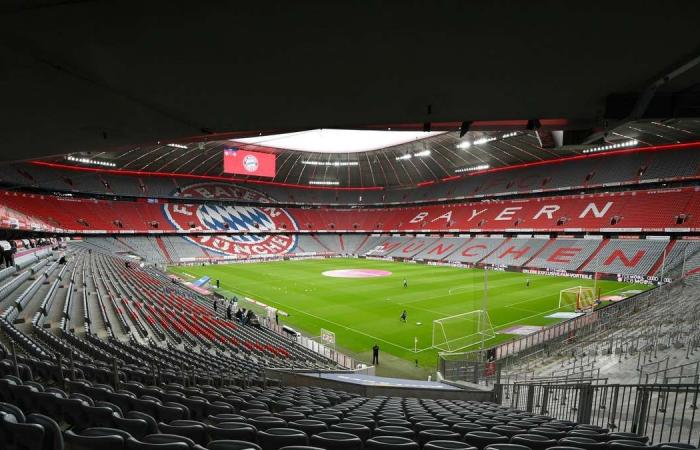 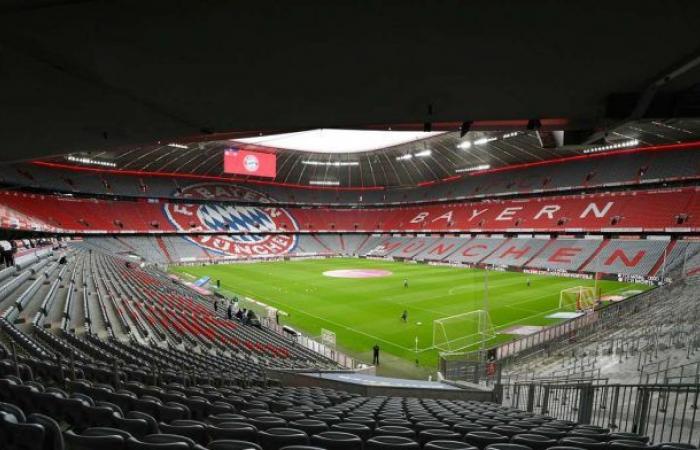 The whole world is affected by the corona pandemic. Nevertheless, professional football tries its best to play and generate income.

Munich – Above the pitch black night sky, below the deserted arenawhose gray wasteland looks even more threatening, almost ghostly, in the glow of the red neon light. In the Champions League, where the Fröttmaninger Rund usually only really comes to life compared to the everyday league rot, it became clear on Wednesday what football is missing in these times: the Fans, the heart of this sport, without which nothing makes no sense.

“Without the audience, she suffers Football culture enormous ”, so too Karl-Heinz Rummenigge. But he also knows: at the moment she has to suffer. There is no other way.

The first Corona-Fall in the club Serge Gnabry has the senses with CEO additionally sharpened. He is afraid. Just like the rest of the industry. “The Finances are under pressure across Europe, not just in football, but around the world. Every company suffers from Corona. We all have to sharpen our senses so that we can do it again without much harm get out. One repeated lockdown would be for soccer one Drama“Affirmed Rummenigge Sky.

Also Hansi Flick warned: “You have to keep going strictly adhere to the guidelineswho wear masks, keep their distance and hope. ”Hope that the house of cards doesn’t collapse.

Corona crisis also affects Bayern: Another lockdown like a sword of Damocles over the Bundesliga

The first lockdown in March had quite a few clubs on the verge of bankruptcy brought. They could only with great effort lack of income in all areas be compensated. The same scenario in autumn would now apply to some clubs existential consequences.

“We are on a threshold where we have to be careful,” also underlined Rouven Schröder. The Mainz sports director does not want to imagine another lockdown. “When something like this happens, not only the big clubs cry, but the Bundesliga and sport in general.”

In the long run, the Football without its fans in the stadium not survive, at the moment he can only do so. It has to be played. The games must be broadcast on TV Proceeds for the clubs secured. So that in the future (a few) spectators in Munich again Allianz Arena are allowed, special measures are necessary – with which one can Bayern Munich already concerned.

Rummenigge: “In Budapest (European Supercup, d. Red.) a Fever measuring tunnel found and we will offer it to the health department here in Munich, so that we too play with spectators again allowed to. We played eight months without, of course that’s one burden.“

After all, his Bayern could play at all. In Bremen this is no longer guaranteed after the corona case of an unnamed player. The responsible Health department also has one for another professional and for a member of the function team despite negative test results 14-day quarantine arranged.

The rest of the team and the staff isolated themselves until this Friday, and they should all be against on Sunday Hoffenheim compete. The increase in cases also hits the Bundesliga, which is now more than ever before another standstill trembles. “Then the lights go out for some,” he predicts BVB boss Hans-Joachim Watzke. In the ghost arena too. (José Carlos Menzel López)

*The article has been translated based on the content of Source link by https://www.tz.de/sport/fc-bayern/fc-bayern-muenchen-allianz-arena-rueckkehr-fans-rummenigge-bundesliga-coronavirus-lockdown-90078129.html
. If there is any problem regarding the content, copyright, please leave a report below the article. We will try to process as quickly as possible to protect the rights of the author. Thank you very much!

These were the details of the news FC Bayern Munich: Ingenious idea for fans to return to the... for this day. We hope that we have succeeded by giving you the full details and information. To follow all our news, you can subscribe to the alerts system or to one of our different systems to provide you with all that is new.