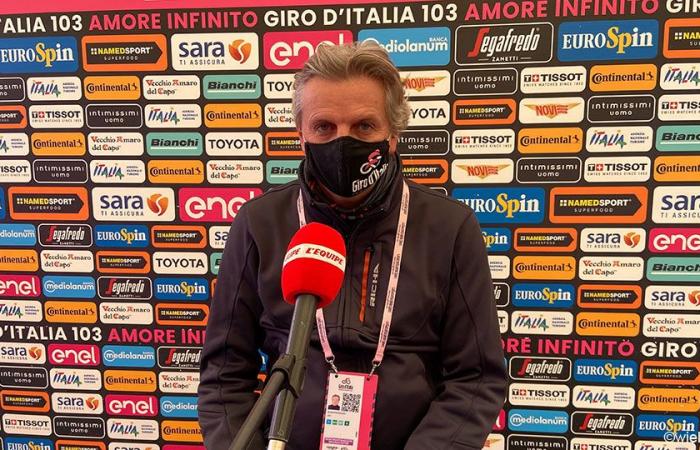 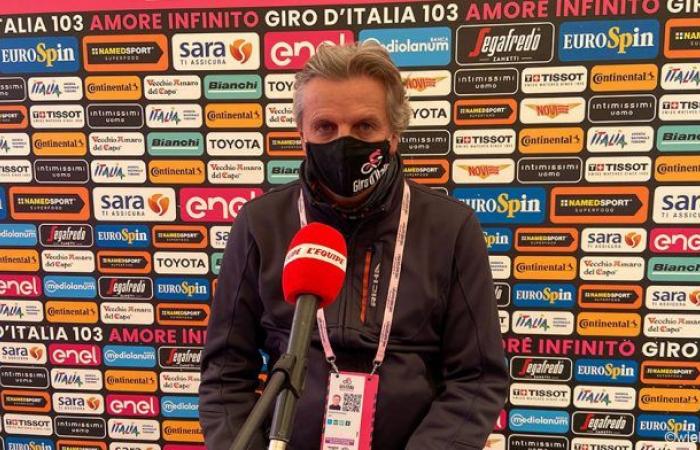 Tomorrow’s Tour of Italy will start its last week, with João Almeida still in pink, but with Wilco Kelderman with the best papers. On the 2nd rest day, Renaat Schotte looks back for us on the past days and looks ahead to the ending of this Giro.

After yesterday, Wilco Kelderman is more than ever top favorite number 1 to win this Giro. He already had the best credentials, but he has once again put the finishing touches. Only the resistance of the young Almeida is remarkable. It folded, but it is not broken yet.

Kelderman will in any case have to be ahead of Almeida for the final time trial or he will have a big problem. By the way, he has a second problem with Tao Geoghegan Hart. After all, we know what Ineos can do in a final week.

But Kelderman in any case has the best team and that is not to be sneezed at. Jai Hindley was perhaps the best climber yesterday and is now 3rd. From now on they can shift with it, so that the others will come under even more pressure.

The weather will be an important factor in the last week. If a few mountains were to be cut off by the snow or bad weather, Almeida’s chances grow. He’ll need that push, I feel.

“Giro remains the big round of surprises every year”

The Giro has again lived up to its reputation for being wonderfully unpredictable. Of the 5 top favorites before the start – Nibali, Fuglsang, Thomas, Kruijswijk and Yates – nothing is left. Every year the Giro remains the big round of surprises.

After what Nibali showed yesterday, you would say he cannot possibly rectify that. But he has no interest in a 2nd or 3rd place. He will be able to play all or nothing early in the mountain stages. Suppose that Kelderman is then isolated, the Giro can still be dynamited. The same goes for Fuglsang, although he has to risk even more.

We have to expect the Belgians in the final week especially in the breakaways. Then I initially think of Vanhoucke and De Gendt. But it will not be easy. Much depends on whether Sunweb will let an escape leave.

Does Vincenzo Nibali have anything in store for the closing week?

“Milan is almost a certainty”

In the second week it looked as if the Giro would not make it to Milan with all those corona cases, but now the tests are back in the right direction. Unless tomorrow 30 to 40 riders suddenly turn out to be infected. But when it comes to isolated cases, Milan is a certainty.

The organization was therefore right to press on. I agree with organizer Vegni when he says that corona is a problem for society and not for the Giro. They do everything they can to keep it corona-proof here, even if there are always shortcomings. A watertight bubble is an illusion.

They do everything they can to keep it corona proof here, but a watertight bubble is an illusion.

Sagan gave us the biggest goosebumps moment of the Giro. Unforgettable how he controlled that stage. Especially after all the criticism he had to endure, in which he remained stoically calm.

But Sagan was head and shoulders above the rest. He has shown that he is still an exceptional champion.

*The article has been translated based on the content of Source link by https://sporza.be/nl/2020/10/19/schotte-almeida-moet-hopen-dat-enkele-cols-geschrapt-worden~1603123278852/
. If there is any problem regarding the content, copyright, please leave a report below the article. We will try to process as quickly as possible to protect the rights of the author. Thank you very much!

These were the details of the news Schotte: “Almeida must hope that some cols will be canceled” |... for this day. We hope that we have succeeded by giving you the full details and information. To follow all our news, you can subscribe to the alerts system or to one of our different systems to provide you with all that is new.