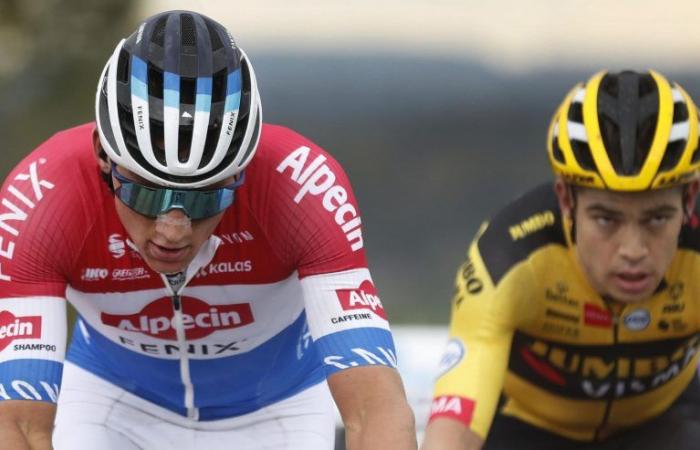 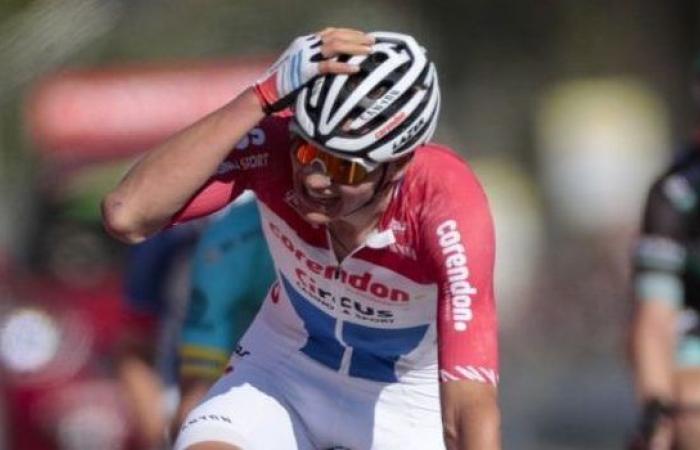 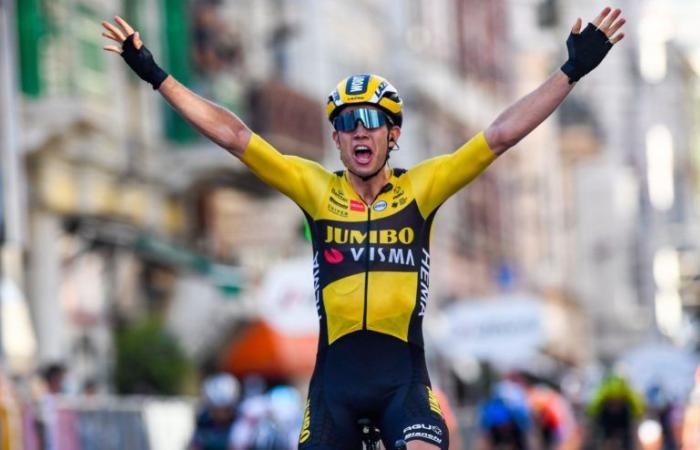 “This one makes up for so much.” It is these four words that almost tell a life story. Mathieu van der Poel expresses them in the flash interview less than five minutes after he has driven the sprint of his life. After he has won the game of his career. The years of mutual rivalry with Wout van Aert has once again decided in his favor. But above all, the Tour of Flanders has won.

It’s Sunday, October 18 and the last classic in the most bizarre year in our generation is being held. Although the whole world is turned upside down, there is one certainty: The Tour of Flanders is still the High Mass of cycling. Everything that makes cycling so beautiful happens on the roads blessed by Karel van Wijnendaele. The ‘kaskes’, the cobblestones, even the autumn sun has spring features.

Thanks to the denouement eight days earlier in Gent-Wevelgem, the Tour even had a run-up with a holy week, as we have been used to in April for decades. Especially thanks to the mutual rivalry between Mathieu van der Poel and Wout van Aert. Rarely are there two favorites who have put each other on edge for the Flemish monument.

Every day, the Belgian lawyers managed to find someone who has an opinion about the conflict. An altercation that is even called a verbal street fight. Father Adrie van der Poel also rubs some salt into the wounds by saying in an interview with Humo that Wout van Aert’s World Cup was not successful.

The verbal battle in Wevelgem symbolizes what has been brewing between the two over the past ten years. At the World Championships cyclocross for juniors in Koksijde in 2012 was the first major confrontation and was decided in favor of ‘MVDP’. In the cross it is then eight years to change penny. In the global title fight among the elite, the mutual ranking in the past six years has been 3-3.

Unconsciously, the two Low Landers have driven each other to an enormously high level. One person’s performance has always been the other’s standard. The mutual grief has shaped their character. They were each other’s red rag to a bull. I dare say that both would never have been able to perform at this level if they had not met each other in their adolescence. They owe each other a lot.

While cyclocross was the playground for the pair, the competition on the road was too great for a mutual exchange. Precisely because their sights were largely on winter, they were able to develop quietly on the road. Although they always kept an eye on each other. If Wout van Aert won the Tour of Limburg in 2017, Mathieu van der Poel was the best in the same race in 2018.

In the past year, Van der Poel set the standard in the spring classics with victories in Dwars door Vlaanderen, Brabantse Pijl and that unforgettable Amstel Gold Race. Wout van Aert was slightly less with a third place in the Strade Bianche for the second consecutive year, sixth in Milan-Sanremo, second in Harelbeke and despite brutal bad luck a leading role in Paris-Roubaix. It was already clear then that these two would dominate the ‘kaskes’ and cobblestones in the coming years.

Lockdown
The corona lockdown is a greater advantage for Van Aert after his lingering tendon injury during a fall in the time trial of the Tour de France than for Van der Poel. Where the Dutchman misses the competition enormously and comes out of this period overtrained, Van Aert benefits from the strength of the Jumbo-Visma collective. During the long training camp of the Tour team in Tignes, he uses the climbing power of men such as Roglic, Kruijswijk, Dumoulin, Kuss and Bennett to reach a higher level himself. These men push Van Aert to the limit on the Alpencols, which meant that he had to take a step every day to participate in this yellow-black violence.

How well Van Aert performs from this training block soon becomes clear. Classic victories in Strade Bianche and Milan-Sanremo. Daily success in the Dauphiné. While he wins two mass sprints in the Tour and develops (somewhat to the disappointment of the many Flemish supporters) into one of the better pawns in the climbing train for Roglic.

Van Aert’s victories in the Italian classics visibly hurt Van der Poel. Precisely because there he can in no way compete with his eternal rival. Surely it has surpassed him? The answer must follow in the Flemish autumn work. The weekend with the 70 kilometer long and successful attack in the BinckBank Tour followed with a sixth place in Liège-Bastogne-Liège are a foretaste.

Achilles heel
In Ghent-Wevelgem both ruffs learn how not to do it. Intelligent when both are, they immediately understood that this mutual, grim conflict could also become their Achilles’ heel. That a third can always run off with the leg.

In Flanders, they happily show that they have found a modus vivendi, in which they first beat the competition together and then compete for victory. Van Aert enters the final with a short delay. He has already fallen at 114 kilometers from the finish. While on the Steenbeekdries he drives just a little too far from behind due to a chain problem to go directly with Van der Poel and Julian Alaphilippe. Now he has to go very deep in the direction of and on the Taaienberg to still connect with the head of the race.

It is not only the 243.3 kilometers between Antwerp and Oudenaarde that demonstrate how closely these two cyclists are. Especially the last kilometer shows that they are not inferior to each other. Van der Poel is cleverly pushed in the lead, but drives cleverly (actually like a piste) all the way to the right of the road so that Van Aert can only pass him on the left. The Belgian starts his sprint against the slightly more explosive ‘MVDP’ a little too late, 190 meters before the finish. Although a rider usually feels the right moment by his legs.

Van der Poel perfectly catches the start of his opponent and then beat him on the line with a difference in thumb thickness. A victory in the Tour of Flanders that makes up for a lot in his mutual battle with Van Aert.

The biggest winner, however, is the audience. A mutual conflict at the highest level is the best ingredient for cycling. It not only adds color, but often also transcends the sports world. However, duels of this caliber are a rarity in cycling history. Fausto Coppi versus Gino Bartali. Jacques Anquetil v Raymond Poulidor. The Post team versus the Raas team. Tom Boonen conflicts with Fabian Cancellara. But Mathieu van der Poel versus Wout van Aert may well become the most beautiful battle in cycling history.

These were the details of the news Opinion | Mathieu van der Poel and Wout van Aert... for this day. We hope that we have succeeded by giving you the full details and information. To follow all our news, you can subscribe to the alerts system or to one of our different systems to provide you with all that is new.