Barcelona fall against Getafe and fall to ninth place in the... 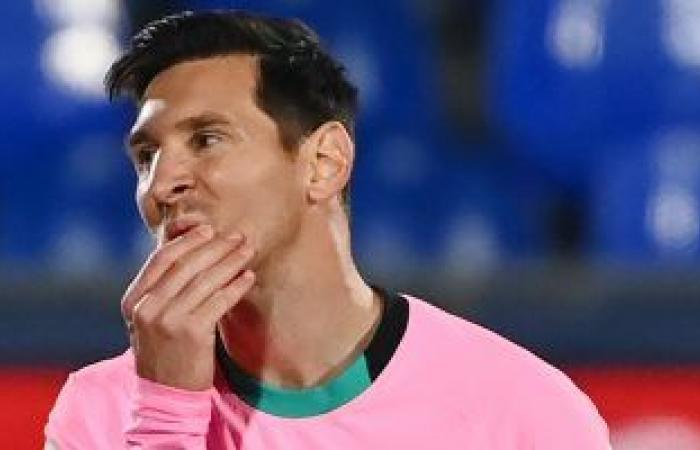 Barcelona suffered the first defeat in La Liga, after falling to its counterpart Getafe, with a free goal, in the match that brought them together this evening, Saturday, at the “Coliseum Alfonso Perez” stadium, in the sixth round of the Spanish League competition, “La Liga” in the football season. The new 2020-2021, as Jaime Mata scored the winning goal for Getafe, via a penalty kick in the 56th minute of the match.

With this result, Barcelona retreat to ninth place in the Spanish League table after its balance stuck at 7 points, while Getafe advanced to second place on goal difference only behind Real Madrid, leaders with 10 points.

This is the first defeat Barcelona has received in the Spanish League this season, where it won two matches against Villarreal and Celta Vigo, then tied with Seville with a goal for each at Camp Nou, in the fifth round of the La Liga competition.

Getafe ended his series of consecutive defeats against Barcelona, ​​by winning his first victory over Barca in nearly nine years.

These were the details of the news Barcelona fall against Getafe and fall to ninth place in the... for this day. We hope that we have succeeded by giving you the full details and information. To follow all our news, you can subscribe to the alerts system or to one of our different systems to provide you with all that is new.