Independiente del Valle assures that 15 of his players tested positive... 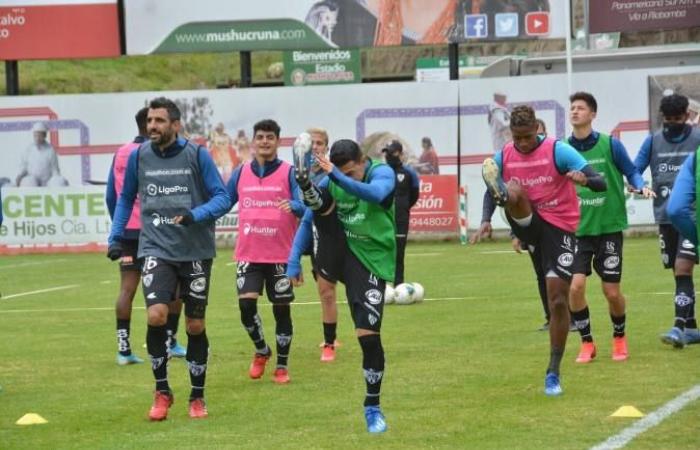 After the 3-2 defeat at the hands of Mushuc Runa at the start of phase 2 of LigaPro Serie A 2020 last Wednesday, Independiente del Valle announced that, after the 5-0 victory over Flamengo for the Copa Libertadores until Thursday 15 October, its Medical Department has detected 22 positive cases of COVID-19 in the club, fifteen correspond to players from the team and seven are members of the team delegation.

Likewise, the Sangolquí club detailed in a statement the chronology of the infections after that match against the Brazilians, played on September 17 in Quito, until October 8, where it made a cut; and summarizes that “almost all cases were asymptomatic or with mild symptoms”.

The IDV medical staff points out that after the 5-0 victory over the powerful Fla, tests were carried out on September 18 before the trip to Barranquilla, “with negative results for our entire delegation.”

“Taking into account the window period, care was intensified and it was decided to repeat the tests six days after possible contact. Since then, seven PCR and quantitative antibody tests have been performed every 72 hours approximately, proceeding to isolate the positive at the time of receiving the results, “he says.

In that sense, the Medical Department of the current champion of the South American Cup says that the first soccer player infected with COVID-19 was detected on September 23, another four tested positive on the 26, one more case of a soccer player on the 28; in addition, two players reported symptoms “despite a negative result (CRP)”, after which “one of them was positive four days later”, that is, on Friday, October 2.

In the report published on social networks, he adds that, on October 1, a positive case of a player was detected, on October 2 there were no news before the match against Orense in Machala (it was played on October 3), for which the LigaPro carried out rapid tests.

“After the commitment (Orense-IDV) it is decided to suspend activities and carry out home isolation until October 8,” indicates the club.

“During the isolation period, six members of the delegation from the trip to Rio de Janeiro (where IDV was defeated 4-0 by Flamengo, on September 30) presented symptoms, so they were tested at home, detecting four players and two positive CTs, “he adds.

On October 8, two players and three CT positive for COVID-19 were detected.

On the same day, the statement indicates, PCR tests were carried out by LigaPro, detecting a player and a member of the medical team (previously isolated).

Independiente also reports that this Friday the 16th it plans to carry out new controls.

The squad led by Spanish Miguel Ángel Ramírez is scheduled to play against Liga de Quito on Saturday, October 17, on date 2 of the second phase of the LigaPro championship. (D)

These were the details of the news Independiente del Valle assures that 15 of his players tested positive... for this day. We hope that we have succeeded by giving you the full details and information. To follow all our news, you can subscribe to the alerts system or to one of our different systems to provide you with all that is new.