Meanwhile in the F1 | Does Raikkonen ever walk around... 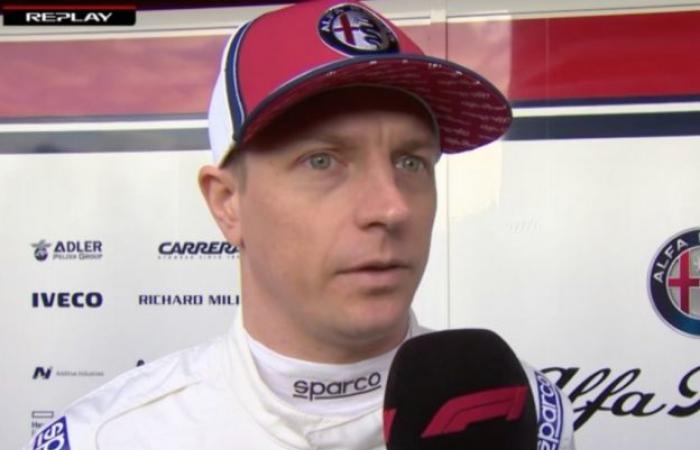 Between all the important news you can miss a few things during a Grand Prix weekend. No worries, F1 Maximum keeps you informed of all the sense and nonsense from the world of Formula 1 in the section ‘Meanwhile in …’.

Does Raikkonen ever walk around in his pajamas?

Robert Kubica, Kimi Raikkonen and Antonio Giovianzzi sat in the pulpit after the Grand Prix of the Eifel. The trio had to answer a series of questions presented to them by the team. Has Raikkonen ever spent a day in his pajamas?

Ricciardo is already designing the tattoo

Daniel Ricciardo does not waste any time. After his podium place, he gets to design a tattoo for Renault team boss Cyril Abiteboul. Looks like he is already well on his way, but it is not entirely clear what it is exactly that he has drawn.

Verstappen: ‘I may have the trophy, but the team did this’

Max Verstappen has expressed his thanks to his team via Instagram. After a second place in the Grand Prix of the Eifel, he poses with the trophy and a sign. ‘Yes boys! I may hold the trophy, but the team has managed to do this, ‘the Dutchman gratefully reports.

Lando Norris is generally very eager to learn, but when teammate Carlos Sainz tries to teach him Spanish, things get a lot less serious …

Verstappen gets a blow from Leclerc in Japan

Today it is exactly one year ago that the Grand Prix of Japan was held in 2019 at the Suzuka circuit. Max Verstappen was knocked off the track in the first corner by Charles Leclerc’s Ferrari and eventually had to park his Red Bull. Sebastian Vettel came in second.

Ricciardo after podium: ‘I have to recover’

Daniel Ricciardo has to recover a day after achieving a podium for Renault. The Australian shares a photo in typical Ricciardo fashion, along with a bottle of champagne. “I’m not going to lie, just recover.”

Binotto describes the Ferrari season in one image fragment

Nico Hulkenberg was quietly having a cup of coffee in Cologne when he received a call from Racing Point to ask if he could fill in for the sick Lance Stroll. A few hours later he was in the car, driving qualifying at the Nürburgring without training. Not surprisingly, he qualified last, but managed to work his way up to eighth place in the race. The German describes his weekend on Twitter.

Horner jokes with Verstappen: ‘A big Red Bull on his ass’

Max Verstappen wondered after the Grand Prix of the Eifel what kind of tattoo Cyril Abiteboul will get. The Renault team boss has made a bet with Daniel Ricciardo. If the Australian finished on the podium this season, Abiteboul will get a tattoo. Christian Horner has an idea: “Looks like he’s getting a tattoo on his butt. A nice big Red Bull. ‘

Hamilton gets a helmet from Schumacher

Daniel Ricciardo was happy after the Grand Prix of the Eifel. The Renault driver crossed the finish line third and was therefore allowed to re-enter the podium. That Ricciardo was very satisfied with this, became clear when his on-board radio came by. (Photo: Red Bull Content Pool / Getty Images)

else // Not logged into your webpage or we are unable to tell. document.getElementById('status').innerHTML = 'Please log ' + 'into this webpage.';

*The article has been translated based on the content of Source link by https://www.f1maximaal.nl/formule-1/316211/ondertussen-in-de-f1-loopt-raikkonen-wel-eens-in-zijn-pyjama-rond
. If there is any problem regarding the content, copyright, please leave a report below the article. We will try to process as quickly as possible to protect the rights of the author. Thank you very much!

These were the details of the news Meanwhile in the F1 | Does Raikkonen ever walk around... for this day. We hope that we have succeeded by giving you the full details and information. To follow all our news, you can subscribe to the alerts system or to one of our different systems to provide you with all that is new.