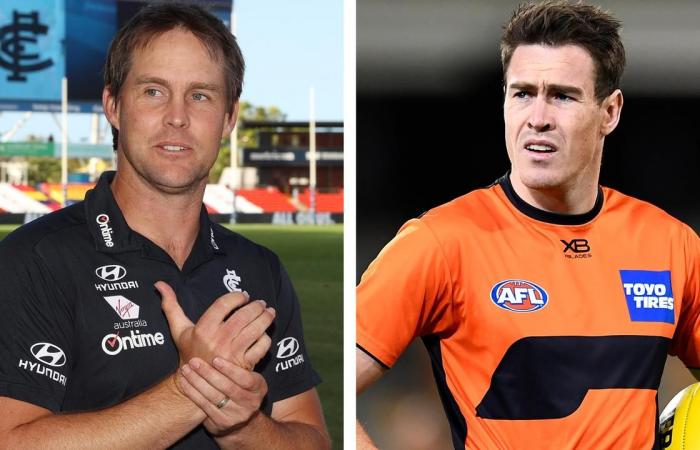 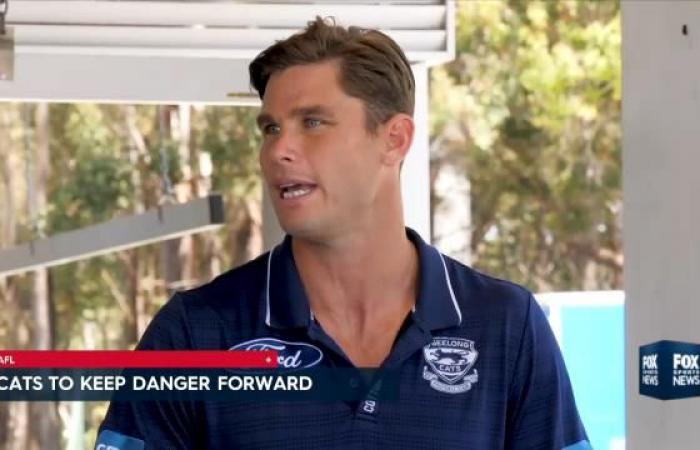 The blues have been busy since the end of their season, but they get busier soon.

Plus the time limit within which the Giants will be concerned about their gun.

Find out the latest AFL trade news in Trade whispers!

Cake on the trading table

Carlton reportedly still has salary caps for one more player at the level of Zac Williams or Adam Saad.

The Blues are already set for a busy trading period with Williams to face the Giants as a restricted free agent, along with Saad if a deal can be negotiated with Essendon.

Although they’re not interested in Collingwood’s Jordan De Goey, David Teague’s page doesn’t seem to be finished yet. AFL Media’s Riley Beveridge reports that they are still trying to lure another player to Ikon Mark.

“It seems like you can’t spend a day with the blues without a well-known player,” said Beveridge at AFL Media Trade Desk.

“Whether it’s someone like Lachie Hunter, Clayton Oliver or Ollie Wines – all of these players have been associated with the blues over the past few weeks.

“My information is that this may be a player who is not at his level. There is room for maybe one or two more, but may not be at that superstar level, someone who is on the next level.

It will be a bad sign for GWS if Jeremy Cameron doesn’t make up his mind about his future before the end of Geelong’s season AFL MediaMitch Cleary.

The 2019 Coleman medalist has yet to re-sign with the Giants, with both sides separated on the financial element of his new contract.

The Cats officially announced earlier this week that they were in the market for Cameron when CEO Brian Cook said they would “go to great lengths” to lure the key forward.

According to Cleary, Cameron may wait until the end of Geelong’s season – whether through a provisional final loss or after the Grand Final – to make an official decision.

And if he waits that long, it could spell disaster for the giants.

“I think there is now a very high chance that Jeremy Cameron will find his way to Geelong as a restricted free agent,” he told AFL Media Trade Desk.

“My ears were perky last week when I asked Chris Scott about Jeremy Cameron and he said that when their season is over, players like Jeremy are always happy to stick with the teams that are still in the finals.

“That tells me that if Jeremy Cameron doesn’t sign before Geelong’s season is over, the Giants will ring alarm bells.”

With Cameron, a restricted free agent, the Giants have the ability to match and keep any offer from a rival club.

This has never been the case before, as clubs sometimes threatened to abide by the terms of the contract before working out a bargain deal instead – especially with Patrick Dangerfield’s move from Adelaide to Geelong.

Foxfooty.com.au Senior reporter Tom Morris believes the Giants will closely monitor the opportunity knowing that the cats have the assets that could please Leon Cameron’s side in a deal.

“Don’t be surprised if he nominates Geelong as a target of his choice for the Giants to qualify,” Morris said on Fox Sports News. AFL Tonight.

“We know Geelong has three picks for the first round and they could force her to trade.”

In the meantime, the future of some kittens depends on how they deal with their big free agency and trade goals – Cameron as well as Brad Crouch of Adelaide and Shaun Higgins of North Melbourne.

These potential acquisitions would not only require sizeable contracts, but would also take game time that might otherwise be spent on the youngest draftsmen like Quinton Narkle (2016 draft), Lachie Fogarty (2017), Charlie Constable (2017), and Jordan Clark (2018) ).

The quartet will all wait for the cats’ trading decisions before knowing exactly where their future lies, according to Cleary.

“I think these people depend on what happens to Brad Crouch and Shaun Higgins,” he said.

“Quinton Narkle, with no contract, no offer for the next year, I think he would really be entitled to look around – and look around to see what is out there.

“Lachie Fogarty has a contract but will be around when the Cats land two players, Higgins and Crouch.

“Then you have Charlie Constable under contract and Jordan Clark is the fascinating one.

“I still think he’ll stay in Geelong, but the WA clubs won’t die if they wonder about it. There’s a good chance they’ll call, at least now it’s whether Jordan Clark wants to fight for his spot and try to get back to the top 22 in Geelong. ”

These were the details of the news AFL business news, rumors, whispers: Carlton, Trade Targets, Jeremy Cameron, GWS... for this day. We hope that we have succeeded by giving you the full details and information. To follow all our news, you can subscribe to the alerts system or to one of our different systems to provide you with all that is new.