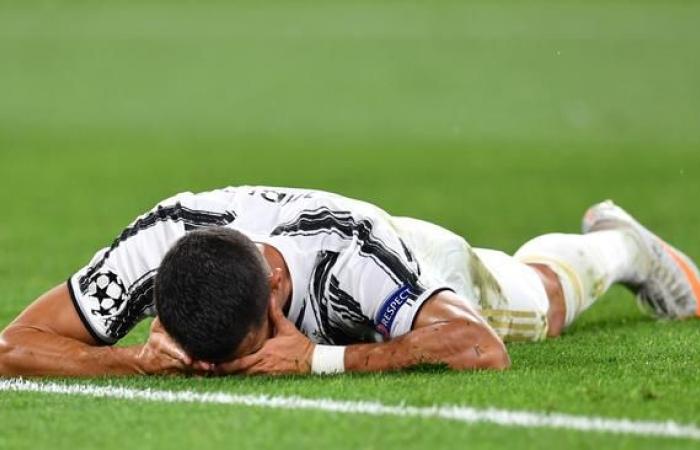 Ronaldo “is asymptomatic” and “will not play against Sweden” in the Nations League game on Thursday, the association said on its website.

The 35-year-old Juventus striker, who has been voted the world’s best player five times, played the Portuguese Nations League’s goalless draw with France on Sunday.

The association added that the rest of the Portuguese squad were “all negative” after testing Wednesday morning, as was the French squad, according to the French Football Association.

The test result re-opened the controversy over his departure from Juventus’ home in Turin to the training camp Portugal, which, according to the local health authorities in the Italian region of Piedmont, constitutes a violation of the virus protocol.

Ronaldo and other Juventus stars joined their national teams despite the fact that the team was isolated after two employees tested positive for the virus.

Roberto Testi, a director of the regional health department, said local prosecutors had been informed of the players’ unauthorized departure.

A picture that the superstar shared on social media yesterday also raises eyebrows.

Associated Press football correspondent Rob Harris tweeted “Not much social distancing over the Portuguese team’s dinner yesterday,” while others encouraged Ronaldo to delete the photo.

Ronaldo has scored 101 goals for Portugal and will be a big absence for his side against Sweden as they try to keep the top spot in their group.

His contracting the disease is also a blow to Juventus as Serie A health protocol says Ronaldo must self-isolate for 10 days and then record a negative test before he can continue the game.

That means Ronaldo will miss out on Juve’s Serie A game at Crotone on Saturday and the opening game of the Italian champions’ group stage at Dynamo Kiev in a week.

The test result also means Ronaldo has doubts about the Juventus Champions League group game against Barcelona on October 28th, when Ronaldo would face his old rival Lionel Messi.

“I wish Cristiano all the best for a speedy recovery,” tweeted Piers Morgan.

Former England international Gary Lineker wrote: “I’m sure he will do as well as the defenders.”

Ronaldo, who also played for Manchester United and Real Madrid, is the most famous footballer to test positive for COVID-19, which has killed over a million people since the pandemic started earlier this year.

The international break has been marked by a large number of players contracting the virus as it spreads around the world.

The Republic of Ireland ruled out five players shortly before their Nations League tie against Wales after a squad member tested positive for the virus.

Meanwhile, Ukraine had to sign 45-year-old assistant coach Oleksandr Shovkovsky for the friendly with France last week when the virus swept through the squad.

Ukraine lost to Germany in the Nations League on Saturday. 14 players were absent due to injuries or positive for the virus.

These were the details of the news Cristiano Ronaldo, COVID, Coronavirus, positive test, football news, Juventus, Portugal, UEFA... for this day. We hope that we have succeeded by giving you the full details and information. To follow all our news, you can subscribe to the alerts system or to one of our different systems to provide you with all that is new.