“Signing Partey shows the world what Arsenal is all about” –... 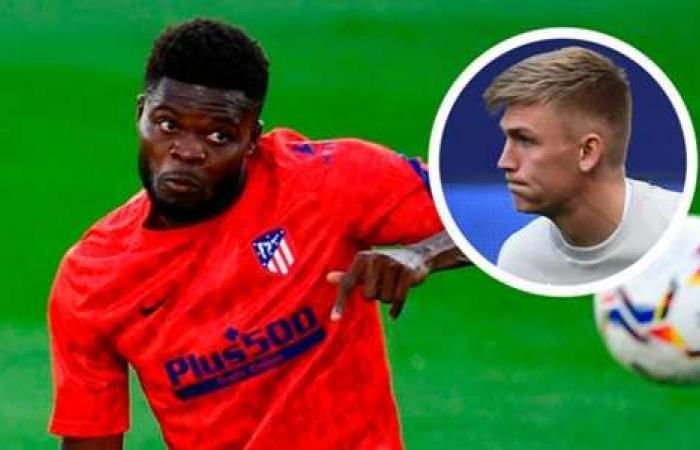 After an encouraging summer for the Gunners, the Icelandic international has vowed to “do his job” to take advantage of his opportunities in north London

Despite a few touch-and-go moments over the summer, Arsenal have a rather positive transfer window.

The arrival of Thomas Partey, Gabriel Magalhaes and Willian has strengthened Mikel Arteta’s squad as they want to qualify for the Champions League for the first time since the 2016/17 season.

One of their lesser-known new faces, however, is goalkeeper Runar Alex Runarsson, who made a move from Dijon to north London for a little over £ 1 million ($ 1.3 million) after Emiliano Martinez left for Aston Villa.

Runarsson, an Icelandic international, has been hired to host a competition for Bernd Leno of first choice. However, he aims to one day become number 1 at the Emirates Stadium.

For now, however, he will mostly be watching from the bench, which means that he will be one of the few people in the world who will see Partey in action at the stadium from week to week.

And Runarsson is equally excited about taking on his new teammate. He believes this is a signal of the Gunners’ intent for a positive start to the new campaign.

“I was so excited because it shows everyone the ambition the club has: We want to go back to fight for the Premier League and the Champions League,” he said Tor in an exclusive interview.

“We want to take part in all important competitions and not just take part, but win. To sign Thomas, it just shows the world what we’re about. ”

Runarsson comes from a family that is rich in football. His father – Runar Kristinsson – was a former Icelandic captain and, with 104 caps, was the highest-filled player in the country’s history.

Like his father, Runarsson started his football life as a midfielder, but after suffering an appendix as a teenager, he had to switch to saving goals rather than creating and scoring them.

“When I was 10 years old, my appendix burst and I had emergency surgery,” he explains. “I haven’t been to football for six months and when I came back I felt like I had missed an important step in my physical development – both in strength and in speed – compared to the other players.

“I tried to change position to be a goalkeeper instead of a midfielder like my father. Everyone was impressed by my goalkeeper in training, and so was my father, so I just stuck with it. ”

“He is my greatest role model and always will be. Football was all I saw and knew, so it was my dream.

“He’s been to Sweden, Norway and Belgium and I only moved to Iceland when I was 12 years old. I learned my football basics in Belgium and then came to Iceland at the right time to learn this Icelandic mentality.


“It was definitely an asset for me growing up as my father went through the ups and downs of the game. For the most part, being a footballer is a great privilege, but there are also challenges to deal with. ”

The latest challenge for the 25-year-old is to impress Arteta and the Arsenal coaching team. Martinez is leaving quite a mark, although he is rarely a regular in north London.

Martinez ‘performances in the absence of the injured Leno in the final weeks of last season resulted in the Argentine being named permanent number 1 in the 2020-21 season.

However, after it was confirmed that Leno would be rejoined the team, Martinez went to Villa on a £ 20 million ($ 25 million) deal to further establish himself in the Premier League.

That marked the end of the goalkeeper’s 11 year stint with Arsenal and Runarsson is well aware of the work he must do to ensure that he can follow a path similar to his predecessor.

“I read an interview with him a few days ago and he said he was the ninth choice goalkeeper but he made his first choice at Arsenal after Leno’s injury,” he said. “Then he makes a brilliant move to Aston Villa for £ 20 million. This should inspire everyone, not just me.


“This is my plan: to solve my problem, enjoy every minute of it and get as many games as possible.”

Fluent in five different languages ​​including English, French and Dutch, Runarsson is currently part of the Iceland squad who took a huge step towards qualifying for the European Championship last week after making it to the Romania play-off semi-finals.

They will now face Hungary in the November final, although Runarsson is unlikely to be there as he lags behind veteran Hannes Thor Halldorsson in the pecking order.

However, he believes he has what it takes to pick up the # 1 jersey as Arsenal have a clear plan in place for him to take the next step in his career.

“I’ve spoken to everyone: Edu, Mikel and Inaki [Cana, Arsenal’s goalkeeping coach]. They didn’t have to convince me too much, but I wanted to hear what their plan was for me because, as a footballer, I’m in my prime, “he says.” It was important to me that they thought exactly as I was.

“It was great, the first call I got, I couldn’t believe it really happened. Now I’m getting used to the idea that I’m playing for such a great club.

“Everything went quickly. I did the medical treatment and got on the train to Arsenal to do the little details, sign up and settle in. If you go to a big club, you need to get settled as soon as possible because they can’t afford one. ”Mistake. ”

“I know it will be difficult,” he concludes, “but I will work every minute for it and do what is necessary to get as many games as possible. I think the only person I can rely on is myself. ”So I know that and I’ll try to do it. ”

These were the details of the news “Signing Partey shows the world what Arsenal is all about” –... for this day. We hope that we have succeeded by giving you the full details and information. To follow all our news, you can subscribe to the alerts system or to one of our different systems to provide you with all that is new.