Zamalek faces border guards today at the penultimate station of the... 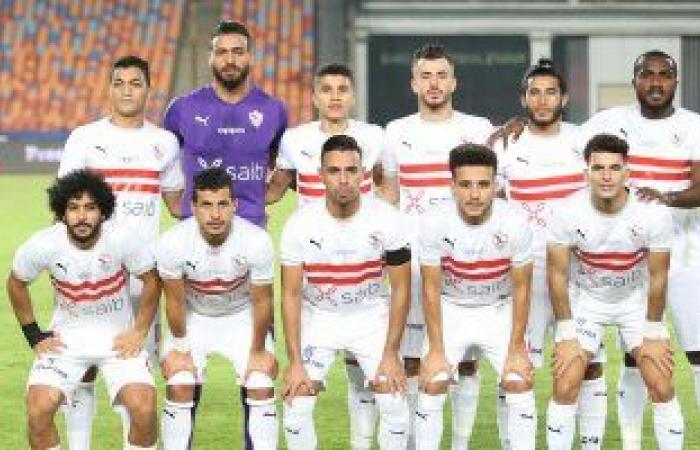 At eight in the evening, the Zamalek and Haras al-Hodoud teams will meet within the 33rd round of the league and one round before the end, where it remains for Zamalek to face the Ismaili in the final round of the league, which will be held after the team’s return from the Morocco trip, and the Zamalek team will head to Morocco tomorrow to meet the Moroccan hope one day On October 18, in the semi-final round of the African Champions League, where the team will return from Alexandria this evening to Cairo, and the mission will leave for Morocco from Cairo Airport in a private plane, and the Portuguese Jaime Pacheco, technical director of the team, held a lengthy technical session with the players, during which he was keen to clarify Certain technical matters that occurred during the previous meeting in front of the Tigris Valley .

The Portuguese coach conveyed through Hosni Khattab, the team’s translator, in the presence of his two coaches, Medhat Abdel Hadi and Costa, all the technical remarks, whether positive or negative, for the players, calling for a strong focus to avoid the mistakes made in the previous meeting, as well as providing the best in the coming period. .

The coach assured the players of his confidence in everyone and that they are exerting the utmost effort, given the pressure of the matches as well as his confidence in their ability to withstand difficulties and face all challenges vigorously, and at the end of the session everyone pledged to make the utmost effort during the next important period, and that they are all at the heart of one man, they have a goal The highest is always winning and crowning championships.

Today’s match will be absent from Ferjani Sassi for 6 matches, Tariq Hamed and Ahmed Sayed Zizou to obtain the third warning, Ashraf bin Sharqi for joining the Moroccan national team camp, while Mahmoud Alaa and Youssef Obama return after the end of their suspension.

On the other hand, Mohamed Halim, the new technical director of Haras al-Hodoud team, seeks to win the match today, hoping for a miracle that contributes to the survival of the team in the premier league in the event of winning the last two matches in the league.

These were the details of the news Zamalek faces border guards today at the penultimate station of the... for this day. We hope that we have succeeded by giving you the full details and information. To follow all our news, you can subscribe to the alerts system or to one of our different systems to provide you with all that is new.