Rummenigge: I caution the Bundesliga is collapsing 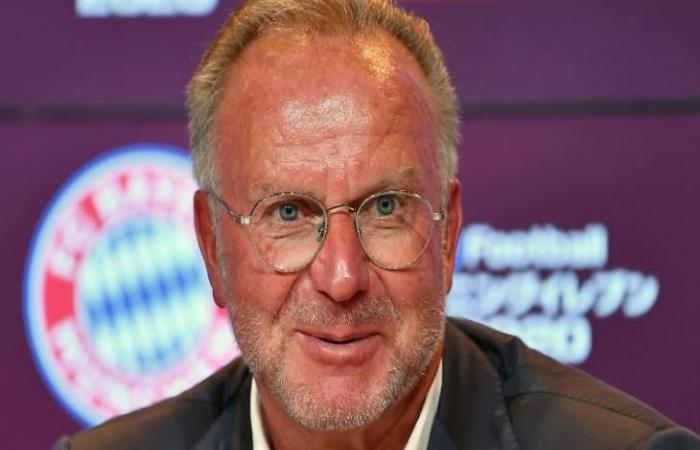 Karl-Heinz Rummenigge, chairman of the German champions Bayern Munich, fears that football will face a great danger if matches continue to be played behind closed doors without fans.

Rummenigge said in statements to the newspaper “Bild am Sonntag” today, Sunday, that if the season is canceled due to the increase in cases of the new Corona virus, there are a number of clubs that will not survive the crisis.

The final stages of the German league last season took place without fans, but now the fans have been partially allowed, but the final decision in this regard is in the hands of the health authorities, whose decisions are based on the rate of infection at the local level.

While Borussia Dortmund was allowed to attend 11,50 fans twice during the current Bundesliga matches, the same thing was not allowed for Bayern Munich until October 25 at the very least, while other clubs were allowed to attend a small number of fans during matches. .

“If the crowd are not close to the stands, I fear football will suffer great damage,” Rummenigge said.

“We are really talking about a decrease in income of about 100 million euros all over Europe. All clubs lose between 50 and 200 million euros in the season if they play without fans,” he said. “It is easy to know how far the clubs can bear that.”

Rummenigge also fears the disappearance of the culture of crowd attending the football stands, noting that the whole matter depends on the decisions of political authorities and health officials.

These were the details of the news Rummenigge: I caution the Bundesliga is collapsing for this day. We hope that we have succeeded by giving you the full details and information. To follow all our news, you can subscribe to the alerts system or to one of our different systems to provide you with all that is new.