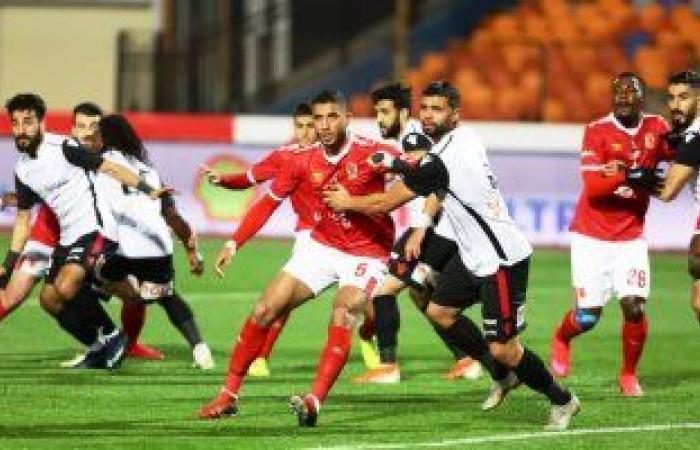 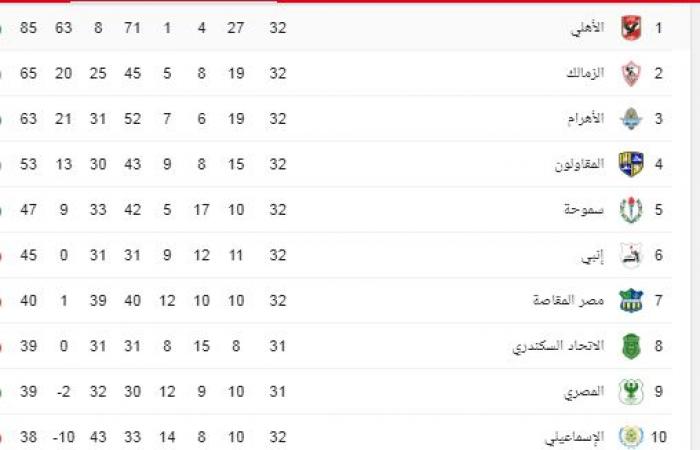 Today, Saturday 10/10/2020, one match was held within the framework of the Egyptian Premier League championship, andThe Al-Jaysh team guaranteed to stay in the Egyptian Premier League championship, after achieving victory over the clearing Egypt, with an unanswered goal, in the match that brought them together this evening, Saturday, at the Military Sports Authority Stadium, within the closing competitions of the thirty-second round, and the confrontation witnessed difficulty for the two teams as they entered it Al-Talaie after a two-goal draw with Al-Ittihad of Alexandria for each team in the final round of the competition, while the Fayoumi team from Pyramids lost by three to two in the same round.

The table of the Premier League standings came after today’s matches, as follows:

With this victory, Al-Talaei’s score rises to 38 points in tenth place in the league table, after playing 32 games, winning 8, drawing 14, losing 10 matches, scoring 31 goals and receiving 34 goals, while Egypt Al-Maqsa ranks seventh with 40 points after playing 32 matches he won In 10 matches, he drew in their ideals, lost 12 matches, and his players scored 40 goals and conceded 38 goals.

These were the details of the news The Egyptian League standings table after today’s match, Saturday 10/10/2020 for this day. We hope that we have succeeded by giving you the full details and information. To follow all our news, you can subscribe to the alerts system or to one of our different systems to provide you with all that is new.