Barcelona news: An interesting comment from Depay on his last-minute move... 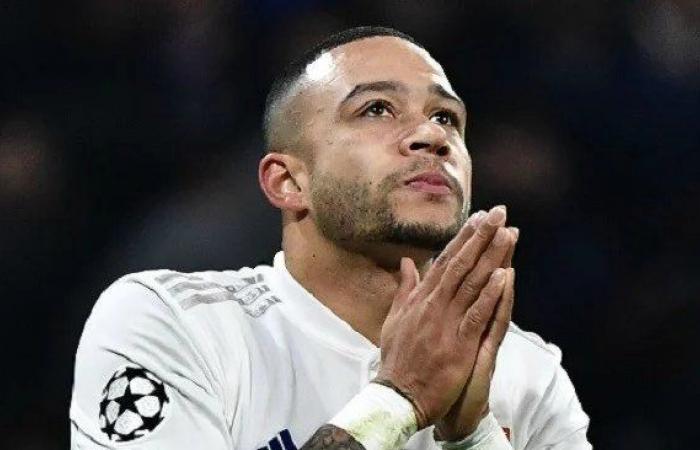 Sport 360- Lyon captain Memphis Depay was surprised at his club’s failure Barcelona In the last moments of the summer transfer market.

Depay had been associated with a possible move to the Catalan team due to the need of his former national and coach Ronald Koeman for his services, especially after the departure of the team’s striker Luis Suarez to Atletico Madrid.

Depay did not lose hope in moving to Barcelona

Depay said, in comments quoted British Metro newspaper,: “I must focus with Lyon again, and we will see how things go.”

He added, “No one is able to look into the future, if I just do my job, interest in my services will remain, and it may succeed this time.”

Depay commented on his name’s association with a transfer deal to Barcelona, ​​saying: “Yes, it was very suspicious. We do not have to go into all the details, but we were really close to accomplishing the mission, unfortunately some things stopped that.”

He continued, “I believe that everything that happens in my life happens for a reason. If it were to happen, it will happen.”


These were the details of the news Barcelona news: An interesting comment from Depay on his last-minute move... for this day. We hope that we have succeeded by giving you the full details and information. To follow all our news, you can subscribe to the alerts system or to one of our different systems to provide you with all that is new.