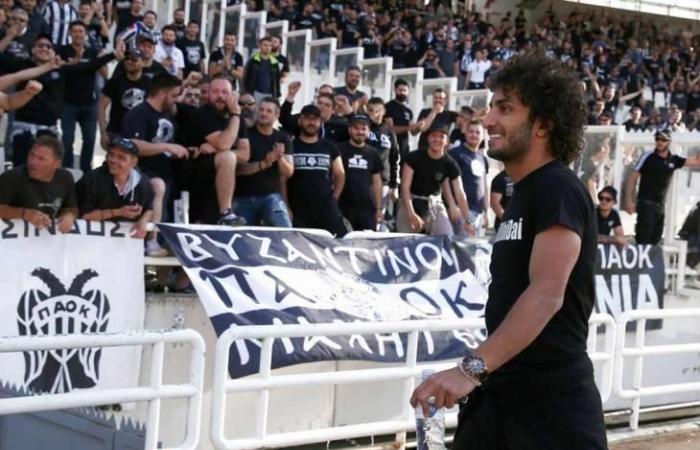 PAOK playmaker Amr Warda launched an attack on Apple Ferrera, the technical director of his team, announcing his move to the Greek ranks of Voloz within the next few hours.

Warda indicated, in statements published by the Greek site SDNA, that he was unable to be present during the preparation period for the new season due to his infection with the Coronavirus, before he decided to leave because of what he described as “wanting to destroy it.”

Warda said, “I will move to Fulge, I am on my way there, going to play and enjoy football, going to help the team, Pauk did not give me this opportunity even though they tell me that I am the best and such things, but I did not get my chance.”

And he continued: “I played in Atromitus, Larissa and the World Cup with Egypt, I am a normal person, but talking about my mistakes is not correct, during the preparation period I was infected with Corona virus and I was forced to stay at home, the matter happened with Ibrahimovic and Dybala, it is my God’s destiny and therefore I was not in the preparation period.” “.

He added: “I wanted to prepare for the new season with PAOK and I could not find any reason to be lying about it. They told me that I am the best player in Greece and I had two offers from Olympiacos and Ares two months ago, but I signed a new contract with PAOK.”

And he added: “I have been in Greece for five years. I have never used alcohol, I am a Muslim, but there are people talking about me behind my back. I want to play football. In Pauk they tell me that I am the best and yet I do not play, so why did they not agree to my signature of Olympiacos?” I am 27 years old and I have a future. ”

And he continued: “Everyone on social media wants to destroy me, and Buck was driven behind that. In Atromitos I was the best player in Greece. I loved and respected PAOK, but no one told me why I should not play.”

And he went on: “I did not speak with Apple Ferrera, the technical director of Buck, why do I talk to him in the first place? He wants to destroy me because he wanted to renew my contract and then he did not want me.”

He concluded: “I will go to Fulz to play football and everyone will see his level. My contract has one year left and after that I will be free. Money is not everything. I respect Pauk and I don’t want anyone to talk about me disrespectfully.”

These were the details of the news Rose, opening fire on PAOK: the coach wants to destroy me for this day. We hope that we have succeeded by giving you the full details and information. To follow all our news, you can subscribe to the alerts system or to one of our different systems to provide you with all that is new.