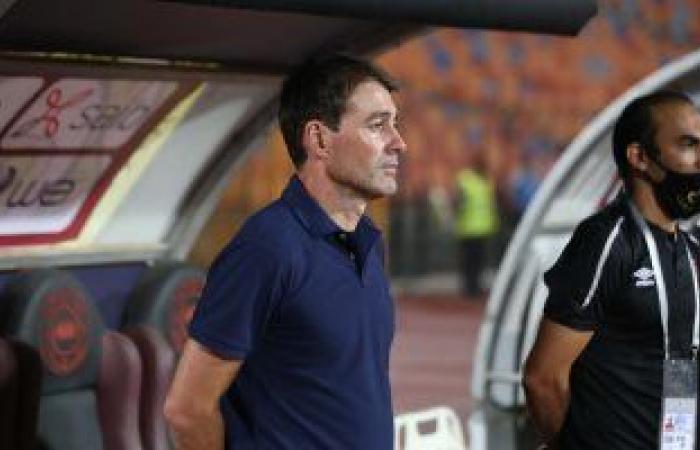 Al-Ahly’s technical director, Rene Weiler, granted his team players a leave from training after facing the arsenal next Wednesday in the Egyptian Cup, and specifically Thursday, provided that the players are present at the club’s headquarters on Friday to conduct the Corona swab in preparation for facing the contractors in the General League championship, and Al-Ahly will train Saturday under the leadership of The assistant to Fyler, provided that the Swiss coach, after returning from the airport to the stadium, heads directly to take over the technical leadership of the team in the face of the wolves.

Renee reservations Fyler The travel ticket to his hometown Switzerland next Wednesday after the end of his team’s match in front of Al-Arsenal in the Egyptian Cup directly, and Fyler underwent an analysis of Corona today, especially since the analysis paper is among the binding conditions for travel to Europe at the present time.

Al-Ahly club officials ended all solutions and used all available methods to keep Swiss Rene Fyler, the technical director of the team until the end of the African Champions League, and Al-Ahly management agreed to 3 conditions set by Fyler to sign a new contract for a period of one month, in order to be able to lead the team in the African championship, the first He travels to spend a vacation in Switzerland after the arsenal match in the cup, provided that he signs the contract there with his private lawyer, the second to receive a month’s salary in advance and the third to obtain a periodic bonus of two months from his salary estimated at $ 200,000 per month, which means that Al-Ahly’s administration is required to transfer an amount of 600,000 A dollar in Fyler’s account before signing the contracts. However, the delay of the Swiss coach made the Red Administration seriously consider unilaterally terminating the contract on the first of next October.

These were the details of the news Fyler gives Al-Ahly players a 48-hour vacation while traveling to Switzerland for this day. We hope that we have succeeded by giving you the full details and information. To follow all our news, you can subscribe to the alerts system or to one of our different systems to provide you with all that is new.