Khalifa Fyler … Al-Ahly identifies some names … and Spalletti is... 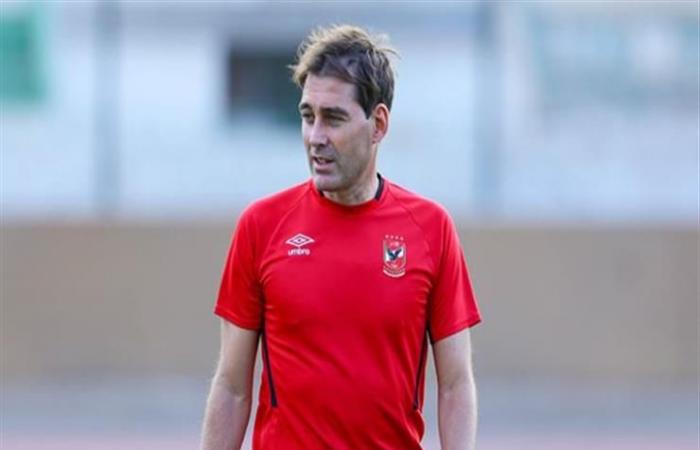 Al-Ahly fans are awaiting the final position for the current coach of the Swiss team, Rene Fyler, and whether he will stay for the end of the African Champions League and complete his contract extending for a new season, or there will be another coach to lead the team next season.

Al-Ahly announced in an official statement earlier, that next Thursday, Fyler’s position will be resolved and the issue of his remaining technical director of the team.

According to earlier sources inside the Al-Ahly Club of Masrawy, they indicated a lack of clarity regarding Fyler’s leadership of the team until the end of Al-Ahly’s career in the African Champions League, or leaving after days.

“Masrawy” contacted a source at Al-Ahly, who confirmed that all matters are currently on the table for the club’s football management. No name has yet been finally settled until the official disclosure of Fyler’s position next Thursday.

In his statements to Masrawy, the source said, “Al-Ahly, with regard to Fyler’s replacement, is looking for a coach who has a balance of tournaments in his CV with the clubs he previously managed and has experiences.”

He continued, “Al-Ahly does not require that the coach has worked in Africa during his career, but there is a desire for the coach to be young because of the large number of transfers in Africa.”

And he continued, “During the past few days, a number of names were shown on the management table, but the nominations were completely rejected.”

He stressed, “Luciano Spalletti, the former coach of Inter Milan, is completely out of the picture. There has been no direct or official contact with him.”

He continued, “Regarding Rodolfo Aruabarina, who worked in the UAE with Al-Ahly youth clubs, Al-Wasl is among the strong favorites, and there are other names also on the football management table.”

He concluded, “Al-Ahly has already identified some names but has not decided on the final name. The administration is waiting to reveal Fyler’s final position on completing his career with the team in the African Champions League, and then all the details will be announced.”

These were the details of the news Khalifa Fyler … Al-Ahly identifies some names … and Spalletti is... for this day. We hope that we have succeeded by giving you the full details and information. To follow all our news, you can subscribe to the alerts system or to one of our different systems to provide you with all that is new.