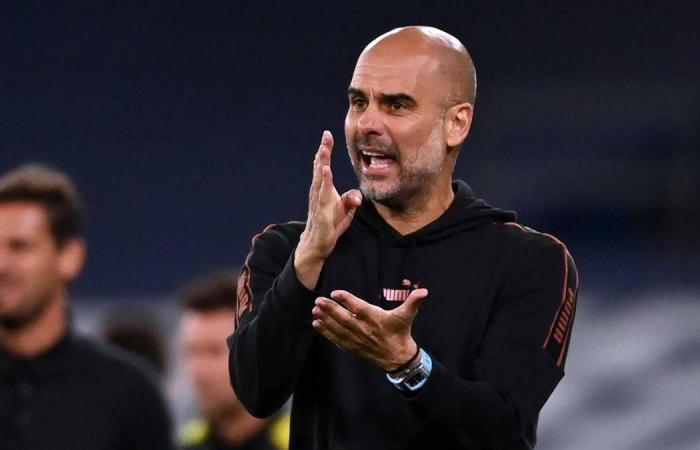 Aden - Yasmine El Tohamy - Guardiola's side will be without Brazilian international Gabriel Jesus for at least a month because of a muscle issue while Oleksandr Zinchenko, Sergio Aguero, Bernardo Silva and Joao Cancelo are all ruled out through injury

Manchester City boss Pep Guardiola accused soccer authorities of not caring enough about player welfare as his team faces a busy schedule amid the Covid-19 pandemic without several senior players due to injury and illness.

City, who reached the quarter-finals of the Champions League last season, ended their 2019-20 campaign in mid-August before returning to action in the Premier League on Monday. They face Leicester City later on Sunday.

Guardiola's side will be without Brazilian international Gabriel Jesus for at least a month because of a muscle issue while Oleksandr Zinchenko, Sergio Aguero, Bernardo Silva and Joao Cancelo are all ruled out through injury.

Ilkay Guendogan is self-isolating after a positive Covid-19 test and Aymeric Laporte has just returned to training having also contracted the virus.

"The reality is what it is. It's not just City, it's all the clubs and countries. Nobody cares about the players. Everyone - the Premier League, UEFA, EFL - has defended their own business and position," Guardiola told reporters.

"The players had a two-week pre-season and now they have to play every three days for 11 months. We'll not change anything saying the opposite. I understand it's an exceptional situation for everyone - restaurants, theatres, cinemas, museums.

"Everyone is struggling... We have to believe in what we're doing, try and play a good game. We have three players who came back from national teams injured... They let them play two games in four days without preparation. They're not machines."

After the Leicester clash, City face Burnley in the League Cup on Wednesday before a league match at promoted Leeds United next Saturday.

These were the details of the news Man City's Guardiola says his players are not machines as injuries mount for this day. We hope that we have succeeded by giving you the full details and information. To follow all our news, you can subscribe to the alerts system or to one of our different systems to provide you with all that is new.